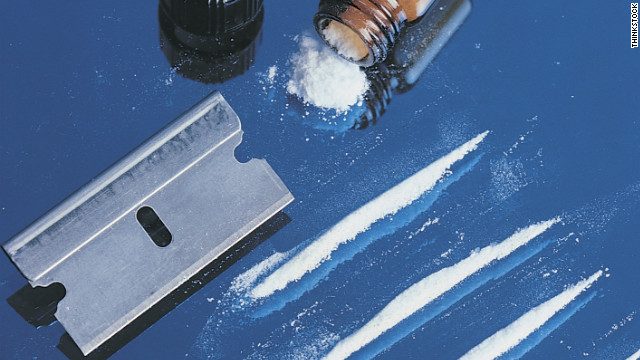 Guam – It was a good day for law enforcement officers and a small victory in the war on drugs as a cocaine drug ring was uncovered resulting in several raids and arrests.

It is the largest cocaine bust to date as 35 pounds or 15 kilos of cocaine was seized during two raids in Inarajan.

According to GPD Spokesperson Sgt. Paul Tapao, on Thursday a tip regarding illegal drug activity led police officers to a home in Inarajan where authorities discovered the 35 pounds of cocaine.

This bust is connected to another cocaine bust made earlier this week. Here is the timeline leading up to the island’s biggest coke bust in history.

Court documents reveal that it all started eight days ago when authorities searched the home of convicted drug dealer Randall Fulcher based on information that he was back to his old habits.

Once there police discovered a pharmacy of prescriptions pills including oxycodone, alprazolam and daizepam. They also found cocaine, which according to police Fulcher identified his source as Nicholas Glen Frederick, telling them that he received the coke as collateral for a loan. The loan allegedly would involve the return of the cocaine upon repayment of the loan.

Court documents state that after being busted by police Fulcher agreed to assist authorities in their investigation of Frederick and others involved in the coke ring.

With Fulcher on board, authorities had him contact Frederick to arrange for the purchase of the cocaine. According to the court complaint, at the meeting location officers detained Frederick’s vehicle.

Authorities then searched Frederick’s home where they encountered Danby Rojas. If their names sound familiar that’s because they were arrested on May 14th after police indicated that they  observed 30 grams of cocaine in the center console of the car.

We now know that it was a controlled buy orchestrated by authorities and that 7.5 grams of additional cocaine was discovered in Frederick’s home. In turn police say that Frederick also gave up his source Jimmy Afaisen.

Court documents state that Frederick had just dropped Afaisen to a nearby gas station. Police tracked down Afaisen and a search of his back pack yielded 41 grams of cocaine.

Afaisen then gave up his cousin Robert John Afaisen whose home was raided in Inarajan, he is allegedly the King Pin in the coke ring. At his home police encountered Jonathan Joe Meno Manglona and George Carlos Paulino Flores who were detained.

According to the complaint Manglona told police he was given nearly 14 grams of cocaine, this was confirmed through a search of Manglona’s vehicle at Robert’s residence.

Robert also allegedly told police that he gave a “brick” of cocaine to an associate named Carl Santiago Aguon the previous night. Aguon allegedly resides with Robert and police say they discovered a .25 caliber pistol and a kilo of coke in his bedroom, however,  he was not charged in the complaint.

Police say that Robert admitted to giving his neighbor John Acfalle Tainatongo four to five kilograms.  Policed searched his Inarajan home but Tainatango and his girlfriend Monica Anne Quinata were not present. They were later located at the home of a known associate. They were discovered with an unspecified amount of cocaine and methamphetamine.

The investigation continues as the resurgence of cocaine on island appears to have rapidly spread.

Here is what we know about the resurgence of cocaine on the island. Cocaine has been sold on the streets since before the 90’s.

According to the 2003 National Drug Intelligence Center report at the time cocaine use was minimal and its availability limited as a result of several successful operations by authorities to arrest key players and seize a significant amount of the drug.

Keep in mind that from 1990 to 2003 roughly 30 grams of cocaine was seized that is significantly less than the 35 pounds authorities seized just yesterday.

Prior to this bust 8 other individuals have been arrested on charges related to cocaine this year.

The DEA has made it clear that they have been monitoring arrests related to cocaine as there has been increase in cocaine seizures and arrests following the discovery of 4 pounds of cocaine washed ashore in Mangilao and 1 kilo washed ashore on Anderson Air Force Base.

And for good cause as court documents reveal arrest of the five individuals busted yesterday is directly connected to these two discoveries as Robert allegedly told police he found the cocaine in a plastic barrel which washed up on his shoreline property several weeks ago.

With this latest bust the amount of cocaine seized has increased to over 40 pounds. That is a street value of nearly half a million dollars.

PNC confirmed that Carl Santiago Aguon was arrested on Friday.

We should note that Fulcher, and Jimmy Afaisen were not charged in this case.

Of the five individuals charged court documents indicate that Flores was arrested for possession of ice in 2016.

In fact Paulino was let off the hook and given a chance in that case when Superior Court Judge Anita Sukola handed down a 3 year sentence with all but one year suspended and credit for time served.

With this new allegation he now faces revocation of his release and could be ordered to serve the remaining two year sentence.

The five arrested yesterday were charged with possession of a scheduled two controlled substance.

Robert was additionally charged with possession with intent to distribute.

Flores was additionally arrested for violation of court order.

The five individuals were booked and confined.