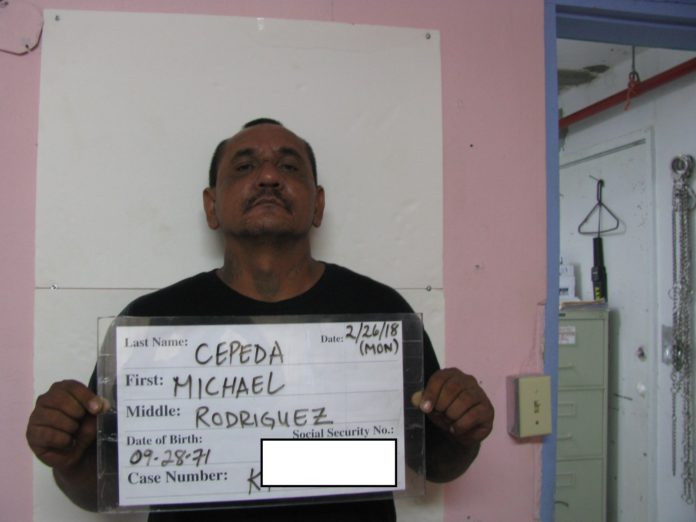 Guam – An alleged drug dealer with a substantial amount of ice was duped by one of his customers who was actually an informant for police.

Michael Rodriguez Cepeda of Yona was identified by multiple informants as an ice dealer but the investigation did not lead authorities to his door until a year later.

According to the court complaint, information from the investigation led officers to an informant who, for the past year, was purchasing about five to 10 grams of ice from another individual once or twice a week. That individual later became an informant for local authorities.

It was then that Cepeda showed up on GPD’s radar. Court documents state that one of the informants conducted a controlled call to Cepeda and purchased 28 grams of ice.

A search warrant was executed on Cepeda’s home yielding the discovery of drug paraphernalia and digital scales, however Cepeda was not present at the time of the raid.

It wasn’t until yesterday that Cepeda showed up at GPD’s Tiyan headquarters, but he declined to provide law enforcement with information regarding his role in the selling or distribution of methamphetamine.

He was charged with possession of a schedule two controlled substance and possession with intent to deliver. He was booked and confined.