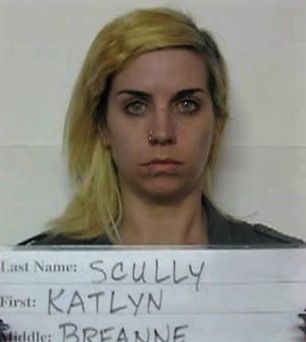 Guam – Judgment has been handed down on the drug mule who smuggled over 400 grams of methamphetamine into the island.

Katlyn Breanne Scully will serve 33 months behind bars with credit for time served. She has been incarcerated since November 2016 and has served roughly 17 months awaiting resolution of her case. This means Scully has at least 17 months remaining on her sentence.

In a judgment order by District Court Chief Judge Francis Tydingco-Gatewood, Scully will serve that time at a Federal penitentiary in Victorville, California .

As you may recall, Scully’s attorney Curtis Van de Veld filed an urgent request for a hearing and protection from abuse and mistreatment of his client who has been incarcerated at the Department of Corrections Women’s facility.

During that hearing Van de veld indicated that measures were being taken for the safety of his client, however he questioned the gag order and location where Scully was placed for fresh air.