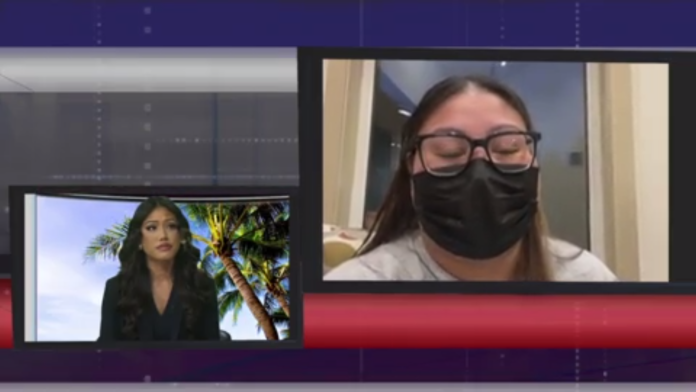 During an interview for SMG’s My Story, PNC learned about Thomas and Romona’s stories.

In the waning hours of the night, Romona and her son Thomas Borja nestled into a quiet spot in a hospital library to share their story with PNC.

Romona and Thomas’ stories are weaved together through shared resilience, unconditional love, and hope.

At seven years old, Thomas is battling a rare form of brain cancer called medulloblastoma. He was also diagnosed with constitutional mismatch repair deficiency syndrome– according to the National Library of Medicine, a distinct childhood cancer predisposition syndrome resulting from biallelic germline mutations in one of the four MMR genes.

Romon Borja, Mother of Thomas Borja stated, “He is diagnosed with CMMRD syndrome– it’s a rare genetic disorder that can increase the risk of developing one or more forms of cancer… It’s brain cancer.”

However, as Thomas undergoes treatment, his spirit remains vibrant and infectious. His favorite game on his iPad is Roblox, his favorite colors are blue and red, and his favorite movie is Turning Red. When asked what he wants to be when he gets older, he said, “a rich man.”

As we laughed together, witnessing the joy that radiates from within him was inspiring.

Romona is equally inspiring, as she embodies the definition of a strong mother, having already lost two children to cancer.

According to Romona, love and support from family and friends surround her and Thomas. However, as Romona had to stop working to support Thomas full-time, she now faces even more hardship. When asked how people can contribute to Thomas’ journey, she responded,

People can support Thomas and Romona through his GoFundme, which will be shared on PNC’s website.

To learn more, tune into the upcoming episode of My Story, featuring Thomas, Romona, and their family member, Romona Santiago.