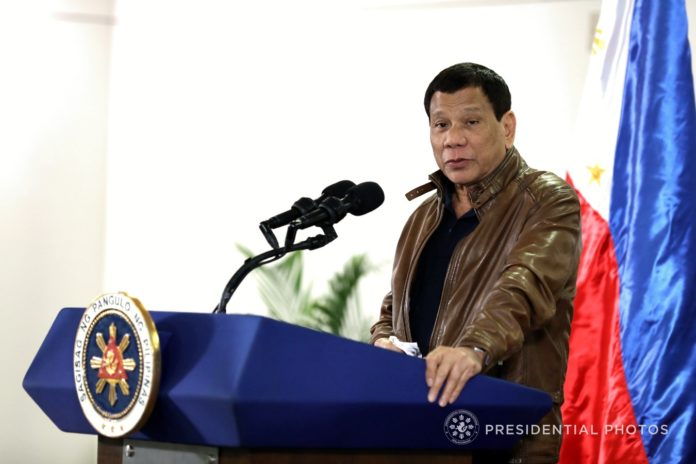 Guam – Philippine president Rodrigo Duterte says if Guam lies on its continental shelf it will belong to the Philippines.

CNN Philippines is reporting that Duterte made the comment during a press conference in which the Philippine president maintained the Philippines’ sovereign rights over an undersea plateau known as the Benham or Philippine Rise.

The plateau was claimed by the Philippines as a part of its continental shelf and Duterte says this makes it a part of their exclusive economic zone.

Duterte is quoted as saying “I hope (the continental shelf) does not reach Guam now because Guam will be ours also,” adding “But just the same, we cannot fight America, just like China. I’ll just keep quiet. But if you get something there from the economic zone, I will order the Navy to fire.”

The Benham Rise is located off the coast of the Philippine island of Luzon. A quick glance at a satellite image on Google Earth shows that this geological feature is far from Guam or the Marianas chain.