More than 2,000 missions completed. More than 25,000 miles logged. More man-hours produced in about three months, than the past two years gearing up for this mission.

Equally important, the harrowing death of two members of the Guam Guard’s 1-294th Infantry Regiment within a month of arriving in theater.

“We expected this, but it just seems like the pace just keeps picking up,” said Maj. Rick Flores, commander, Charlie Company, 1-294th. “We’re busier than the company we relieved [in April]. It’s the summer season now. More activity has picked up.”

When Guam sent its roughly 600-member battalion to support OEF once again, it set a precedence: this is the first time in its history it has mobilized a multisizable element. The Guam Guard has previously supported OEF in Afghanistan and South Africa, but has never committed more than a company-sized unit. 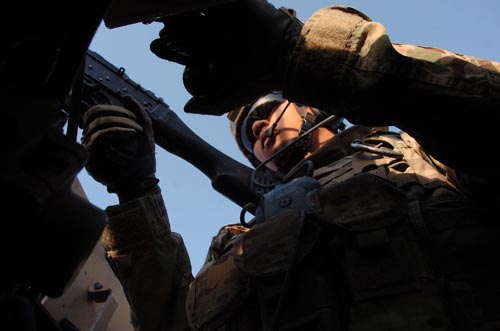 This round, there are multiple companies. Guam Guardsmen are dispersed throughout all Regional Support Groups-Afghanistan, covering thousands of square miles, with a mission of providing security forces, guardian angels and personal security details. It’s overall mission is to follow the NATO Training Mission-Afghanistan’s effort of sustaining an Afghan-led security force.

“Soldiers of the 1-294th Infantry Regiment are making an impressive contribution to the overall effort of the NATO Training Mission-Afghanistan,” Task Force Guam commander Lt. Col. Michael Tougher said. “I am extremely proud of each and every one of them.” 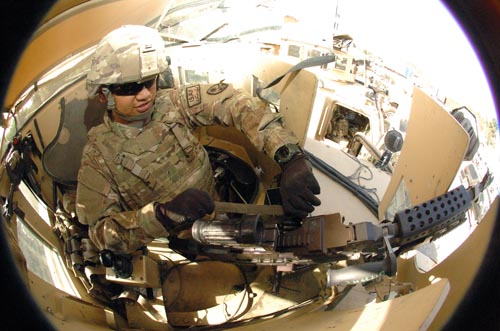 Command Sgt. Maj. Gabriel Cervantes, NTM-A and CSTC-A command sergeant major, commended the Guam group, stating, “They’ve been professional soldiers from the start. They know how to do their jobs and I’m lucky to have them.”

Across the board, the 1-294th soldiers continue escorting military and civilian dignitaries in both tactical and non-tactical vehicles. These dignitaries contribute to the Afghan National Security Force sustainment. Their efforts, along with Guam’s early assistance, reached a critical milestone June 18 when ANSF assumed the lead for combat operations throughout Afghanistan.

“This is a tribute to the determination of the people of Afghanistan to take responsibility for their country’s future,” Hagel stated. “This achievement keeps us and our coalition partners on track to bring our combat mission to a close next year and transition to a non-combat, train, advise, and assist mission that will help ensure Afghans can sustain security into the future.”

Most of Guam’s forces are stationed around or near Kabul, the country’s capital. Flores leads the busiest of the 1-294th’s unit. They run missions every day – sometimes more than a dozen per day – to where getting together for unit cohesion is more than difficult.

“We’re in the capital. We’re in the heart of Afghanistan,” Flores said. “It’s a busy place.” 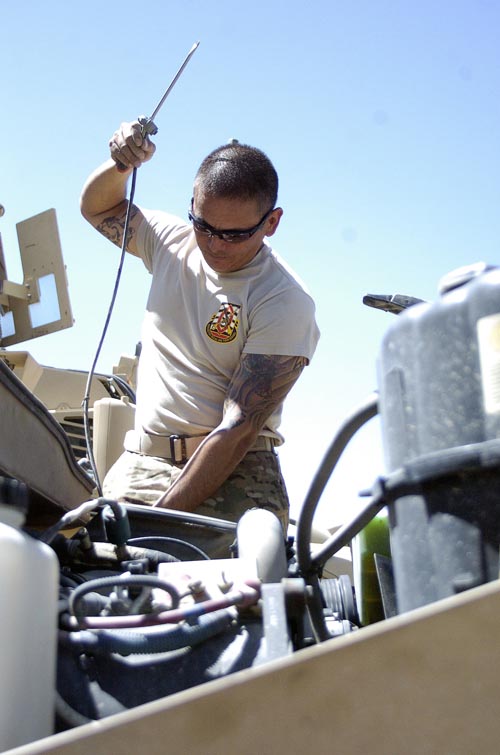 The Guam guardsmen have incredibly united since then. Tactics and attitudes have dramatically changed.

“The guys have been great. They’re much more resilient now,” added Flores. They’re not just more alert. They’ve developed more [tactics, techniques and procedures] on how to respond to situations. With the disasters we normally get back home, the guys know how to bounce back.”

“What’s keeping up the motivation of the guys are care packages,” said Flores. “Little things like that make a big difference. Look at my first sergeant. He’s stocked up.”

Guam is still months away from returning to its Pacific home. The Guam guardsmen continue their commitment to assist Afgan security forces. Even though 75 have passed, no one is counting the days remaining.

“Everyone, from every company, takes this mission seriously and performs professionally,” Flores said. “They’re always in harms way, but they continue to do their missions. That’s what makes them so unique.”