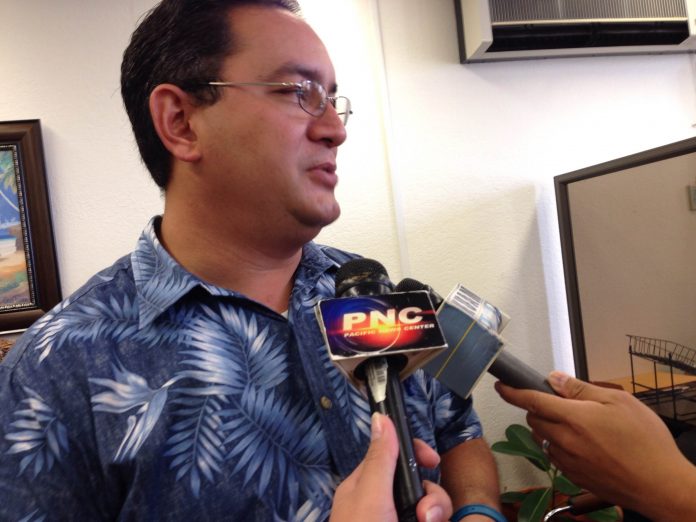 Guam – Department of Youth Affairs Director Adonis Mendiola is running again for a seat in the Legislature.

With family, friends and supproters, Mendiola officially files his candidacy for Senator at the Guam Election Commission this morning.

He said as a veteran of the U.S. Army, he has commited his life to serving the people of Guam and believes it is everyone’s responsibility to be more involved in the community.

Mendiola said, “I feel it’s everyone’s responsibility and right to step up to the plate to serve their country, their island, and community. I offer myself to the people of Guam with my heartfelt sacrifice until I’m no longer able to fulfill the duties of office.”

Mendiola is the 15th Senatorial Candidate to officially file. GEC said as of this morning, there are 7 Democrats and 8 Republicans running for Senator.

The deadline to file is next week Tuesday.