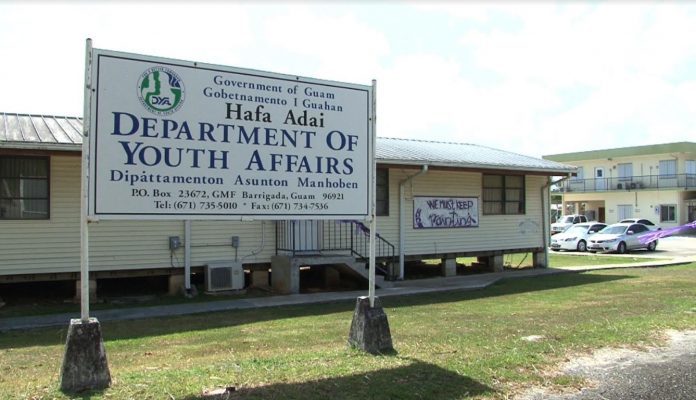 Guam – The list grows longer every day of local entities that will be hurt by the nearly $160 million loss of revenue, and tangentially, by the Legislature’s potential repeal of the 2 percent sales tax aimed to fill this loss.

One afflicted agency is the Department of Youth Affairs. Reacting to the funding gap, its director Peter Alecxis Ada says, “They might as well close the department. Tell the judges to release the clients.”

If the loss in revenue is not replaced, the Mangilao facility will be hard-pressed to pay its utilities, and basic necessities like soap, toothpaste, toothbrushes, and toilet paper, will have to be provided by the clients themselves.

Ada was on News Talk K57’s Mornings with Patti this morning, expanding the potential loss of services to include surveillance, emergency medical care and the offerings of I Famagu’on-ta and Sanctuary.

“They gave me funding for the personnel but what good is the personnel if you don’t have the resources such as even supplies, the most essential things. So I just have to be honest with myself and say I can’t operate this way,” warned Ada.

He says his department is already losing eight youth service officers to military deployment or training and that two limited term employees will be the first to be cut, leaving 33 officers to guard over the facility’s 14 clients.