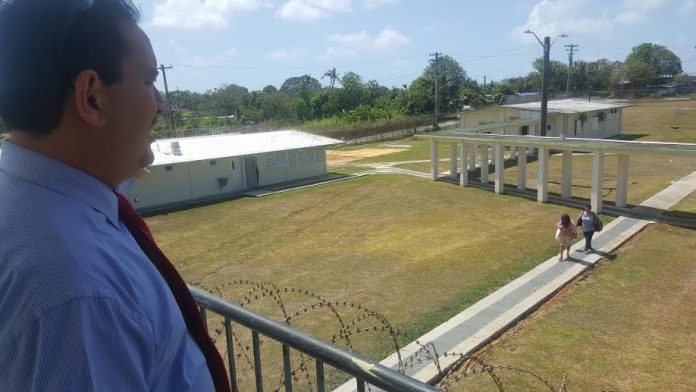 The issue may not be resolved until Wednesday.

Guam – The Department of Youth Affairs has been without power since Friday evening. According to DYA Director Adonis Mendiola, a total of five units were affected by the outage including the gymnasium and four dormitories.

Mendiola says, “Our clients safety, security and hygiene issues are well-addressed. We’ve been without power since Friday evening but the kids are in good spirits and the staff so we’re treating this like we’ve been hit with a typhoon. We got running water, we’re taking care of their food needs and their health needs as well.”
However, a source tells PNC that about 30 clients have been suffering from limited lighting and lack of air-conditioning.
Mendiola explains, “The whole compound is not completely knocked out of power, we do have one unit that has an independent power supply and so we’re using the power from that unit to use it for the dorms so we’re using wind to blow through, and also lights and fans in the room.”
Mendiola says they’re doing what they can to get the power up as soon as possible, but he adds, the issue is not as simple as it sounds. “At this time, DYA is taking all necessary action to restore power to what was otherwise a discovery between last Wednesday to Friday,” Mendiola says.
He explains that it all started with power fluctuations at the dorms last week Wednesday. After the Guam Power Authority restored power to the facility, they also determined that a “tripped fuse” needed to be monitored. GPA advised that in order to prevent further structural and electrical damage to the facility, the circuit breaker needed to be turned off.
He states, “We’re working on a solution right now to fix it in a day or two. We got GSA, DPW, GPA and our vendors ready to respond. Hopefully the repair shouldn’t cost or hopefully under the prescribed amount.”
Mendiola couldn’t provide an estimated cost to fix the power issue but he’s hoping it costs less than $15-thousand dollars. DYA is in the process of procuring the services needed to replace the panel. DYA anticipates power to be fully restored by Wednesday.
Mendiola says, “If anybody is concerned, any families, they can call the department. We’re taking good care of the kids. All our partners are aware of the situation, obviously, it’s affecting this side of the compound, communication and e-mails, but we’re finding ways around it.”