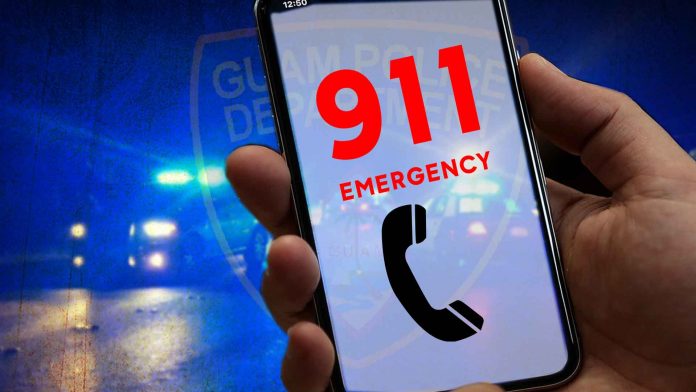 Christmas Eve started off in silence as the island’s Emergency 911 system went down this morning but was quickly restored.

Although the outage was brief, the failure impacted more than just the emergency system.

Guam Fire Department Deputy Chief Joey San Nicolas says just before 10:30 this morning he was informed that 911 was unable to receive any calls from landlines and wireless cell phones.

“After some investigation, it was understood that it was a larger problem than just 911. It’s basically on the service provider side. We just immediately went to what we normally do as far as solving the problem to ensure we can get the services out,” San Nicolas said.

While the outage was only for a brief period, GFD stepped into action, informing the public that emergencies could be reported at any police precinct or GFD Fire Station.

E-911 service provider GTA also scrambled to find out what happened. GTA Community Relations Manager Michelle Perez stated that they had an issue with the landline services including 911. She assured that services were restored shortly after 11 a.m.

“Fortunately, it was only a short time frame. We are back up and we are again able to receive calls from all cellphones, and landlines,” San Nicolas said.

In situations such as this, San Nicolas assures that communication between emergency personnel continues through the use of GFD’s land mobile radio system which ran unaffected and allows for the dispatch of responders to emergency situations.

He added that with the procurement of the Next Generation E-911 system, incidents like this will not occur.

Reports were also received by PNC that credit card machines were affected by the brief outage.