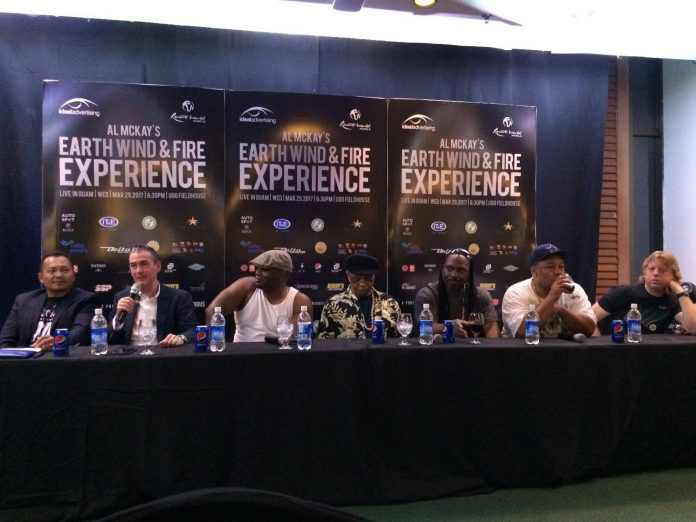 The show starts at 6:30 p.m. General admission tickets can be purchased at the door for $50.

Guam – Boogie Wonderland, September, Let’s Groove Tonight — hit after hit after hit. And the same team that brought you Air Supply last year is bringing a funk and R&B party to Guam with Al McKay’s Earth Wind and Fire Experience.

While the band will be performing many chart-topping Earth Wind and Fire hits, they will also be entertaining audiences with new songs they recently recorded, including “Heed the Message.”

Vocalist, Claude Woods, shared what audiences can expect from tonight’s show. “Each song tells a story and is a part, like a brick in a wall,” Woods said. “All of these songs go together to create one great, strong wall of sound that’s coming at you.”

The show starts at 6:30 p.m. at the UOG Calvo Fieldhouse, and according to the presenters, tickets can be purchased at the door.