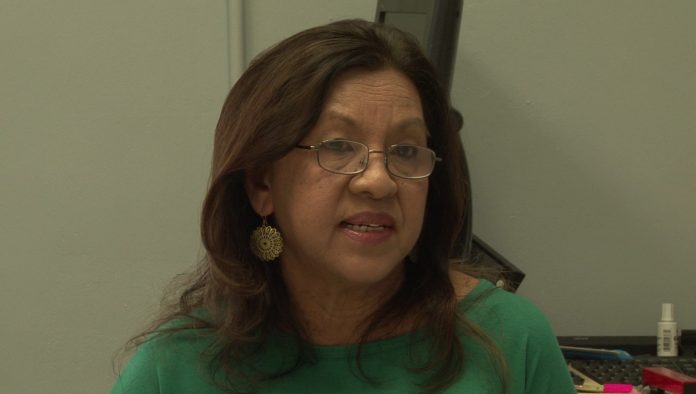 Fernandez’s public hearing is scheduled for November 21 at 9 am, which is a Monday.

Guam – Guam Education Board Chairwoman Lou San Nicolas says she has no intention of opening up a public hearing for ousted Superintendent Jon Fernandez for public discussion at this time, pointing out that the hearing is meant for Fernandez, not the public, to answer to charges contained in the bill of particulars.

The rift among education board members is getting even wider with deep disagreement and even resentment over actions some have taken at the supposed exclusion of others.

“This is the worst year that I have been a board member,” said board member Maria Gutierrez on News Talk K57 Mornings with Patti this morning.

Gutierrez further expressed her disappointment and frustration with the way Fernandez’s case is being handled, in particular, a public hearing that was scheduled for the ousted superintendent to answer to a bill of particulars. This follows a letter that Gutierrez sent yesterday to San Nicolas in which she slams the chairwoman and other members for the clandestine nature of scheduling Fernandez’s public hearing.

“But they have not at least reached out to the three of us to say, you know ‘We’re discussing this public hearing.’ Courtesy, that’s all we’re asking, courtesy,” argues Gutierrez.

Contrary to Gutierrez’s contention, however, San Nicolas says other board members were never excluded in this process. San nicolas says she and Vice Chairwoman Rosie Tainatongo have been meeting with whomever holds the superintendent position on a weekly basis even before allegations of sexual harassment were lodged against Fernandez and this particular public hearing date of November 21 was discussed during one of these meetings. San Nicolas points out that all the board members are aware of these weekly meetings.

“We don’t ever exclude board members. Why would we post something and not include them?”

So how exactly did San Nicolas and Tainatongo come up with the November 21, 9 am public hearing date for Fernandez, which many, including the governor, are now saying is an inconvenient time.

“We met with Mr. Joe Sanchez on November 3 so it was Mr. Sanchez, Mrs. Tainatongo and myself, we came up with the date but also in consultation with the Guam Education Board legal counsel because he needs to be there,” explaied San Nicolas.

San Nicolas notes that the date and time was not unilaterally decided by one person, rather, with input from board Attorney Gary Gumataotao, who also consulted with Fernandez’s legal counsel, Attorney David Lujan.

PNC: “Some are saying it might be better to have it like at a 4 o’clock time frame that way teachers, students, would be allowed to attend and be a part of it … How do you feel about some people saying that this was done on purpose so that they wouldn’t be able attend?”

“Look at our other special board meeting, it’s always at 9 o’clock in the morning,” noted Tainatongo.

Another issue raised by Gutierrez is the fact that the public hearing will not be open for the public to comment; they will only be able to attend.

“If you’re saying public heairng, then this is for the public,” Gutierrez argued.

“It could be misleading to some people what a public hearing is. This public hearing is not for the public. This public hearing, based on his employment contract, is to provide him his due process and to answer publicly rather than in an executive session, for example. It’s not the public answering to the bill of particulars, it’s the superintendent and that is, again, we keep saying, that’s in his contract,” San Nicolas pointed out.