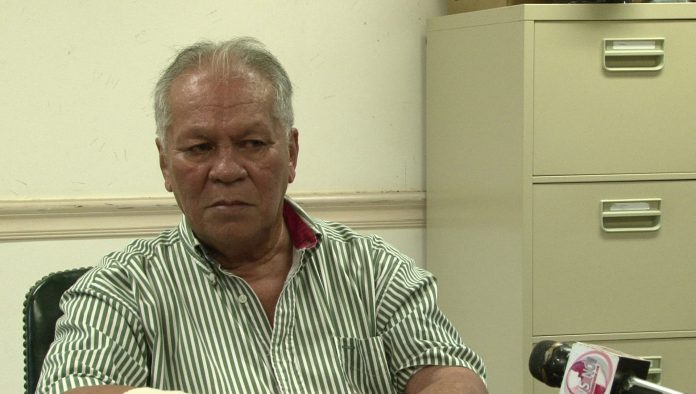 Guam – Guam Education Board member Peter Alecxis Ada says he’s disappointed with the decision to nix Fernandez and in fact says if the focus is on Title IX violations, then the entire board is in violation.

“Frankly, I was very disappointed,” said Ada, adding that it was his motion to bring Fernandez back but under certain conditions.

“Frankly speaking, an accused should be informed. What is he being accused of?”

Ada says he would have preferred to bring Fernandez back so that they could clarify some issues, which is why Ada made the motion to reinstate Fernandez but “with conditions.”

“We were going to bring him in and we’re gonna talk to him and ask him. That was not the issue about terminating, it’s, ‘Let talk. Let’s see what we can do to either rectify, if there was, or clarify, if there was,” noted Ada.

This whole case stems from a complaint filed by an 18-year-old JP Torres student who says Fernandez sent her a sexually suggestive text message. The Guam Education Board looked into the report but a majority of the members backed Fernandez, even signing an affidavit submitted to the police with allegations of blackmail against the student and two JP Torres employees.

But because concerns were raised that the board may not have followed Title IX regulations in dealing with the student’s complaint, the board decided to place Fernandez on leave and hire independent attorney, Gary Gumataotao, to conduct a more thorough investigation.

Ada says, in his opinion, there was only one thing that really mattered to him.

“Was the allegation by the student founded, or to be true? When the student failed to show up for the interview, that was enough for me. There’s no case,” he pointed out.

PNC: “What about the Title IX violations? Because that seems to be the focus now.”

“That would have been one of the conditions we wanted to talk about … even in Title IX, I have some concerns myself. And it’s probably everybody, everybody was as guilty to Title IX, including me … including the board. Chain of command,” said Ada.

The 69-page report was discussed in executive session which means it will not be released to the public for at least 6 months. Attorney Gumataotao says after 6 months, it will be up to the GEB to petition a judge to seal the report.