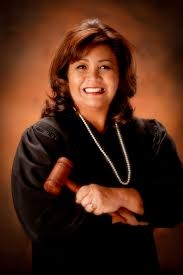 Guam – Citing an inability to remain impartial because of another pending case in local court, Attorneys Gary Gumataotao and Douglas Moylan have filed a motion to disqualify Chief Judge Frances Tydingco-Gatewood from presiding over a $7 million lawsuit filed by Guam Department of Education Superintendent Jon Fernandez.

The motion to disqualify follows another motion filed by the same attorneys to dismiss the case as well.

Gumataotao points out that Gatewood is the sister of Chief Prosecutor Phil Tydingco from the Attorney General’s Office. Gumataotao represents the plaintiff in a civil case that names Phil Tydingco as one of the defendants.

“Here, the situation in a small, tightly knit community such as Guam are such that the relevance of the Gumataotao pending quest for significant monetary damages against the brother of [Gatewood] is clearly relevant to the impartiality of the judge in the case at bar,” the motion states.

“From these facts, one can reasonably conclude the chief judge is biased and lacks impartiality based upon the legal standards applicable to such matters,” it adds.

Gumataotao and Gatewood engaged in a heated debated that resulted in the chief judge banging her gavel for the second time in her career as a judge during a hearing on the lawsuit filed by Fernandez.

At the conclusion of that hearing, Gatewood agreed to grant the temporary restraining order sought by Fernandez to stop the Guam Education Board from conducting a public hearing for Fernandez. The judge’s order also restrained the board from taking any further action on Fernandez’s employment contract.

You can read the attorneys’ motion by clicking on the file below.