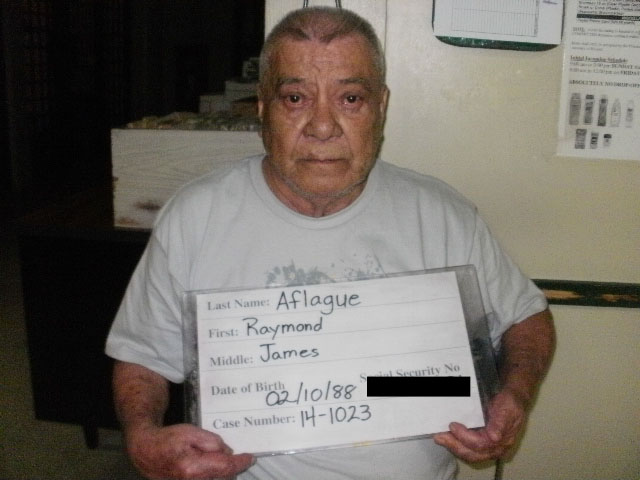 Guam – A 75-year-old elderly man has been arrested on charges that he paid a 13-year-old girl to engage in illicit sexual acts.

A magistrate’s complaint identifies two victims, but the charges are only related to one victim. The sexual acts started in October 2010 when the victim was 13-years-old, the complaint reads. At the time, the victim and her 15-year-old friend cleaned Aflague’s home to earn some money. The 13-year-old victim told police that he allegedly offered to pay the girls more if they agreed to engage in lewd sex acts with him.

Police say that after the sexual acts were over, Aflague paid the girls $150 dollars split. Aflague continued prostituting the girls, according to police in November and December of 2010.

When interviewed, the 15-year-old girl denied being sexually abused by Aflague, however, she did admit to police that she had witnessed Aflague sexually abuse the victim just last month with the victim now being 16 years old, the complaint says.

“On December 2013, she and another friend went with victim to defendant’s house. Victim stated that she was going to get money from him. [The other two girls] waited outside, and when they thought it was taking too long, they entered,” the report states

The girls recorded the sexual acts on a cell phone which was turned over to police. “Police viewed this video footage and confirmed what [the two girls] had witnessed,” the report adds.

However, Aflague denied the allegations, police say, but admits that sometime this month he did pay what he believed to be an 18-year-old woman to perform sexual acts on her. Aflague told police that the woman claimed to 18 and told him that she needed the money to “buy milk for her baby.”