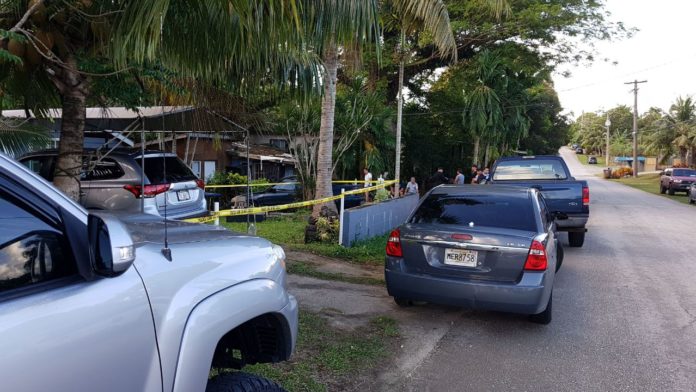 Guam – Residents on Santa Cruz Drive awoke early this morning to the sound of a gunshot. The incident according to Ordot/Chalan Pago Mayor Jesse Gogue involved an elderly man.

Police where called to investigate a reported injured person on 296 Santa Cruz Drive, upon arrival officers discovered an 84-year-old man seated outside the residence with a single gunshot wound to the chest. While Mayor Gogue was adamant that the injury sustained was so minor it did not require medical attention.

“I am sure that everybody is concerned but rest assured no death there was a minor injury from the discharge of a firearm. so GPD’s here because it was a discharge of a firearm in a residential area. They are looking at whether or not it was just an accidental discharge or something a little bit more serious,” stated the Mayor.

However, a few hours later, GPD Spokesperson Sgt Paul Tapao, indicated that the elderly man was found lifeless. The investigation has been re-classified from an injured person report to a death investigation, an autopsy is pending to determine cause of death.