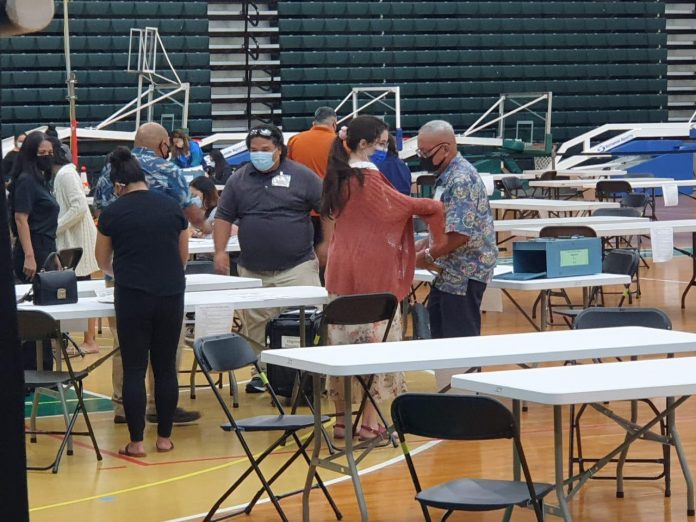 The ballots have been counted and the winners and losers have been chosen as the dust settles on another election year.

A global pandemic couldn’t stop Guam’s election this year but it may have gotten in the way a bit.

A little more than 29,000 ballots were cast by the time polls closed last night.

This is lower than the 60% expected by the Guam Election Commission and the lowest turnout for a general election in the island’s history.

One of the most closely watched races was for Guam’s delegate to Congress.

Former senator Wil Castro lost out in the three-way race between himself, Robert Underwood and incumbent Michael San Nicolas.

San Nicolas and Underwood came in first and second respectively.

A runoff election between the two is slated to be held on November 17.

As for the Legislature, the Democratic party has an eight to seven majority.

All incumbents retained their seats except one.

Three seats were opened up by Senators Regine Biscoe-Lee, Louise Muna and Wil Castro who chose not to run for re-election.

Castro gave up his seat to challenge San Nicolas and Underwood for Congressman.

The four non-incumbent winners — Tony Ada, Frank Blas Jr., Joanne Brown and Chris Duenas — are faces familiar to Guam politics..as they are all former senators and have worked in various capacities in both the private and public sectors.

All four are Republicans.

GEC legal counsel Vince Camacho told Newstalk K57’s Patti Arroyo this morning that some of the challenges were due to safety measures implemented due to the pandemic.

Others were due to the new tabulation machines.

“It was a combination of things. We limited the amount of precinct officials who could come into the field house to reconcile. And so there were some issues with the reconciliation process. But as you know, the GEC just purchased three new tabulating machines. And the process with regard to rejections had to change because of the way the machine spits out the rejected ballots,” Camacho said.

In addition, many ballots were rejected because they were marked incorrectly and every rejected ballot needs to be inspected by a Guam Election Commissioner to determine the purpose and the intent of the voter.

“The instructions on the ballot indicate color in the oval, we have a lot of voters who checkmark, who put Xs, and so we needed to color in the ovals so the machine could read it. And there were a lot of those this round,” Camacho said.

The tabulation machines also had difficulty reading many of the 13,000 absentee ballots that were cast by in-office voters.

Metal clasps on the envelopes that the ballots were placed in left rust marks on some of the ballots which caused the machines to reject them.

GEC says in the future, they will avoid using envelopes with similar clasps.

Although some off-island absentee votes have yet to be counted, Camacho says they will have little effect on the major races.

They may, however, affect some mayoral races.

As to the biggest electoral race in the world right now, Guam’s votes for President of the United States don’t count, but many look to the island to give a hint as to where the rest of the country will lean.

Guam’s straw poll had Joe Biden as the winner..garnering 55% of the vote.