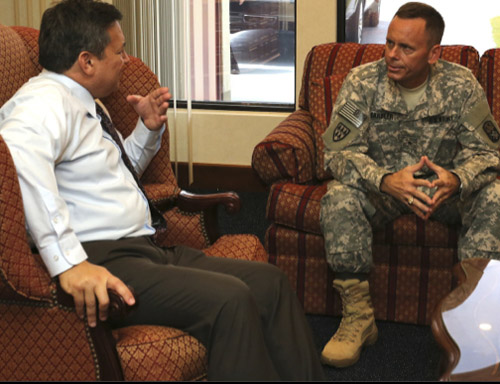 Guam – The first elements of the Terminal High Altitude Area Defense [THAAD] system arrived on Guam this past weekend.

The THAAD battery arriving on Guam is coming from the 32nd Army Air and Missile Defense Command stationed at Ft. Bliss in El Paso Texas.

The CBS affiliate in El Paso Texas reports that 56 members of the unit left El Paso Thursday and arrived safely on Guam Saturday our time [Friday in El Paso].

More than 100 soldiers from the 32nd will eventually be deployed to Guam.

Governor Calvo also met with Under Secretary of Defense Frank Kendall who made a brief stop on island this past weekend and paid a courtesy call on the Governor.

Under Secretary Kendall “provided reassurances of Guam’s safety and defense” according to a release from Adelup. 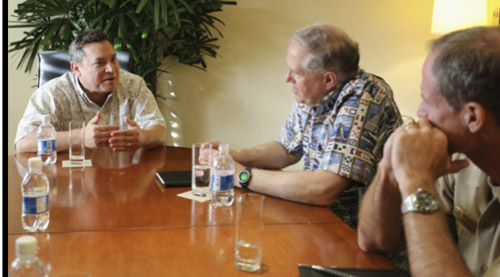 [Governor Calvo and Under Secretary of Defense Frank Kendall]