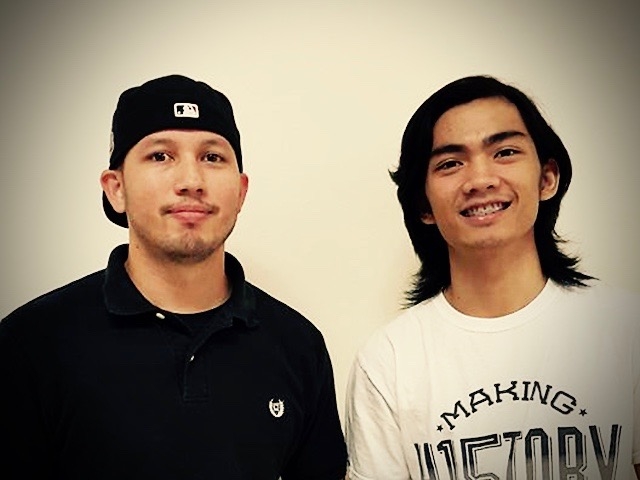 “It didn’t take long for Aaron Elliott to make his presence known in the local bowling scene after his hiatus from the sport over 8 years ago, as he claimed his first title defeating Ricky Duenas in the finals of the Budweiser King of the Lanes monthly tournament.”

TAMUNING – Elliott got off to a quick start against Duenas as he jumped out to a 23 pin advantage in the early frames opening with a double.  This would be all he needed as he built a steady lead over Duenas as the game progressed eventually closing the match at 227-194. In the semi-final matches, top seed Elliott trounced RJ Santos 215-181 while 2nd seed and defending monthly champion Brian Manibusan was eked out by Duenas 191-196. Elliott led all qualifiers with a 1255 total edging Manibusan by one pin for the top spot.  Nikko Gutierrez submitted a 1236 total for third followed by Dante Godoy, Ray San Nicolas, Jared Gutierrez, Mike Bautista, Victor San Nicolas Jr., Duenas and Santos rounded off the top ten who advanced to the elimination rounds. In the Prince of the Lanes, Ryan Gonzales put his handicap to good use as he turned away Arnold Javier in the semi-final round 201+37 to 203+13 and slipped past 2nd seed Noah Taimanglo in the finale 168+37 to 181+15 for his first Budweiser Prince of the Lanes title of his career. In the semi-finals, Taimanglo scorched the lanes with a 238 game against Gonzales’ sibling Rex. Ryan Gonzales led the qualifying field with a 1330 total followed by Taimanglo, Jonah Lujan, Jeremiah Camacho, Ryan Flores, Arnold Javier, Shannon Bukikosa, Jonathan Cruz, Rex Gonzales and Rudy Palaganas who competed in the top ten elimination round. The next Budweiser King and Prince of the Lanes will be held on Sunday, May 15, 2016 at 11:00 a.m. at the Central Lanes Bowling Center.