The United flight had to make a medical emergency diversion because of a sick passenger on board. The passenger was apparently emitting blood orally (vomiting blood), according to Rolenda Faasuamalie, the Guam Airport spokesperson.

She said just before 4 pm Thursday, they received notification of a medical diversion for the UA 871 flight from San Francisco to Taipei.

John Quinata, the Airport’s Executive Manager, told Newstalk K57, they held all the passengers on board until they were able to COVID-test the ill man; he was negative.

That’s when everyone was deboarded and taken to stay overnight at the Bayview Hotel – the GovGuam quarantine facility. The man was taken to GMH.

“They wanted to try and see if the flight can continue on to Taiwan once the passenger was taken off. But, due to our worry and safety of the passengers on board, and to clean and sterilize the aircraft, the crew would have come in with what we call ‘crew legality’…where they wouldn’t be able to fly on because of the amount of hours,” said Quinata.

He added, “plus, they didn’t think they could sterilize and clean the aircraft in time.”

Krystal Paco-San Agustin confirmed with PNC News that the Department of Public Works was assisting with transporting the passengers back to the airport Friday morning.

She said 15 school buses were brought in to shuttle the passengers back from the Bayview.

“Our team at A.B. Won Pat International Airport Guam provided assistance to customers of United flight UA871 (San Francisco-Taipei), which diverted to Guam on November 12 to address a customer medical issue.  A medical emergency was declared for priority landing. A total of 154 passengers and 15 crew members were on board. Emergency vehicles met the aircraft upon landing to transport the ill passenger to a local hospital. The flight departed Guam today at 11:34 a.m. (local time). The safety of our customers and employees is our top priority, and we thank our customers for their understanding.” 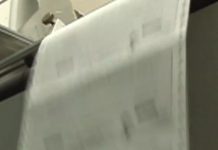 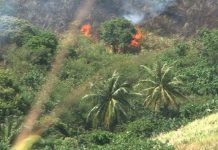