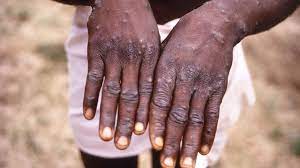 As the world slowly recovers from the COVID-19 pandemic, the emerging virus monkeypox is causing concern to health organizations worldwide — even prompting a response from President Joe Biden himself.

As of June 29th, yesterday, the Centers for Disease Control and Prevention has reported 351 cases of the monkeypox virus in the United States.

The highest number of cases come from California at 80 cases.

Globally, there is a total of 5,115 confirmed cases of monkeypox across 51 countries.

The United Kingdom is the leading country in cases at 1,076 cases.

While the World Health Organization says that monkeypox is not a public health emergency — at least not yet — it is still a concern that is being closely monitored by the CDC and WHO.

CDC’s Dr. Demetre Daskalaskis explained some telltale signs of monkeypox in the CDC’s YouTube video titled, “5 Things You Need to Know About Monkeypox.”

Dr. Demetre Daskalaskis, Centers for Disease Control and Prevention stated, “Symptoms include a rash with skin lesions that appear on certain body parts or all over the body.”

President Biden briefly spoke about the disease coming off his plane in South Korea — in his trip to visit U.S. troops taking off for Japan to continue his first trip to Asia as president.

President Joe Biden, President of the United States stated, “Well they haven’t told me the level of exposure yet, but it is something that everyone should be concerned about.”

President Biden told reporters that he is working hard to assess the situation and figure out what vaccines are available or will be available.

President Joe Biden, President of the United States stated, “It is a concern, in a sense that, if it were to spread, it would be consequential.”

The CDC says there are no treatments specifically for monkeypox but note that monkeypox and smallpox viruses are genetically similar.

This means that antiviral drugs and vaccines already developed to protect against smallpox may be used to prevent and treat monkeypox.