As part of Navy tradition EODMU-5 Commanding Officer Cmdr. Oscar Rojas participated in the jump with the insignias in tow in order to have saltwater touch the pins. Following the jump, Rojas pinned the warfare devices on the Sailors and congratulated them on their achievements.

” It’s a part of our culture it’s part of our traditions,” he said. “It’s a major career milestone for our Sailors to receive their gold wings and I’ll tell you that every time you put on your uniform and you look at those wings it just makes you feel that much prouder.”

Though the event was to recognize command service members on their successes, Rojas took a moment to thank aircrew from Helicopter Sea Combat Squadron (HSC) 85 who provided air support as EODMU-5 Sailors jumped from HSC-85’s HH-60H Seahawk helicopters.

“Having an additional helicopter squadron on Guam has helped us out tremendously not only for parachute operations but for other insertion capabilities such as fast rope,” he said. “It’s increasing our helicopter support on Guam (that) increases our readiness tremendously.”

Australian Navy Chief Warrant Officer 2 Jamie Fields received his gold wings and said the accolade meant more to him as he was awarded during his service as the liaison officer for Australia at the command. 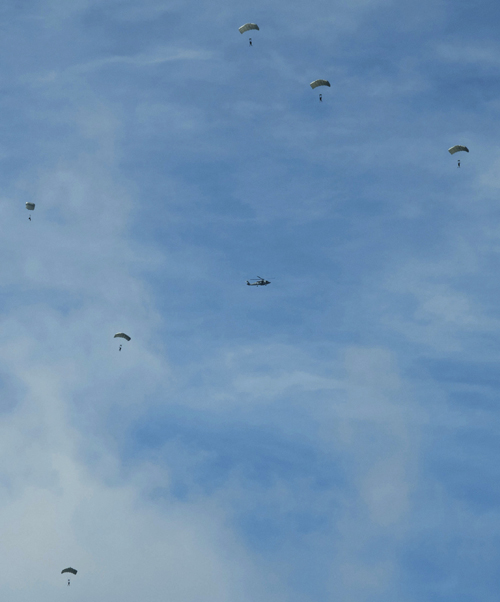