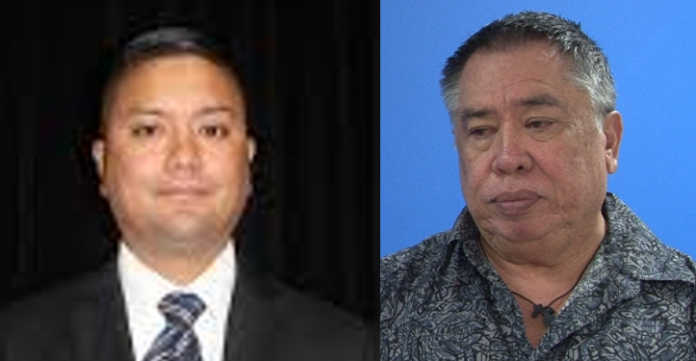 Guam – While many families hunkered down in their homes waiting for Tropical Storm Maria to pass, miscommunication between the Mayors and the Guam Homeland Security Office of Civil defense may have resulted in some families bracing for the heavy winds in sub standard housing instead of Emergency shelters.

Throughout the passing of Tropical Storm Maria, not a single shelter opened its doors as Guam remained in Condition of Readiness four.

It has been years since Guam sat in the path of a typhoon, but there has been a fair share of tropical depressions and tropical storms making its way past the island.

In previous years, shelters for those seeking refuge from the storm opened hours from the impending storms arrival or closest point of approach.

According to Office of Civil Defense Administrator Charles Esteves, they decided to provide a tiered response for shelters as the track of the storm was erratic. Tropical Storm Maria called for a tier 2 response which would utilize community centers as emergency shelters, Esteves says it was agreed upon with the mayors that these tier 2 shelters would be opened six hours prior to the storms closest point of approach.

But apparently there was some miscommunication as Mayor’s Council of Guam Executive Director Angel Sablan says the call to open the shelters was never made.

“As far opening up shelters I was there but I didn’t hear anything from either Charles or Leo to open up shelters. But even if we were not told the mayors were already on standby in case we had to do this. Our centers were not opened yesterday because it was a holiday so it was ready to be used,” said Sablan.

“All storms are different. In this case we were notified by National Weather Service that we were expecting sustained winds of 45 mph. The storm was very erratic from the beginning and we asked the community to prepare but also to call if they were concerned about shelter during the storm. There were no calls prior to last night. The GHS/OCD 24/7 watch desk was up to coordinate any requests for resources, including individual requests for assistance. Contact with the mayors was established beforehand and continued throughout the event,” Governor’s Spokeswoman Oya Ngirairikl stated.

“When we put out the information the intent was for those who live in substandard houses to seek shelter before the onset of damaging winds and not when the winds were at its heaviest,” clarified Esteves

Esteves say that while there were not GDOE shelters the agreement was made with the MCOG to handle emergency sheltering at the mayoral level.

“The mayors have always been a great partner of ours they know where their isolated population groups are, they know those that consistently seek shelter. Because there are those who may live in substandard housing but they never seek shelters and we have actually been through this before. We have opened up schools before and the last time we’ve went through an event like this we only had maybe three to five people take advantage of the shelter,” shared Esteves.

With this in mind Esteves says that opening up GDOE shelters would have been a wasted resource. He adds that they did not know the impact the storm would have stating that the storm interacted with monsoon winds causing the gusts of winds to be greater than expected.

“But by the time we were able to really do anything it was really in the middle of it and it was just hazardous to activate any kind of response at that moment,” explained Esteves.

However, Executive Director for the MCOG Angel Sablan stands by his assertion that OCD didn’t make the call and believes shelters should have been solidified and announced prior to the storm.

“What I am trying to stress is if we knew this was so erratic any way we didn’t know how far or how near its coming then there should have been at least a notice to the public that this shelter or that shelter would be open in case you need it, but that call was never made by Office of Civil Defense,” stated Sablan.

While Sablan is adamant no calls from OCD was made he did share that calls from residents seeking shelter were received.

“The only thing is we didn’t get those calls till about 2 o’clock in the morning for a few people that they felt unsafe were they were at and of course the Mayors are going to open their offices or centers for these people,” recalled Sablan.

Meanwhile Esteves shares that while the families did call inquiring about shelters they did not indicate that their call was an emergency. Further stating that a plan was in place and that Sablan may just be making this an issue.