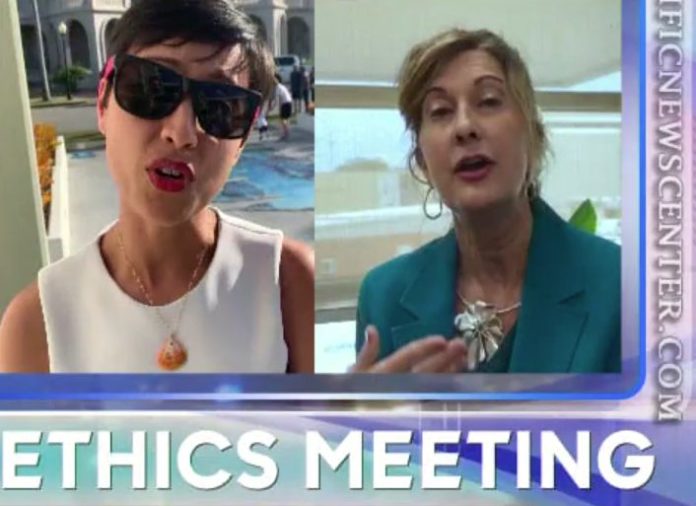 Sources have confirmed that legislators met to discuss the ethics complaint filed against Senators Regine Biscoe Lee and Kelly Marsh Taitano, after their October 2019 travel to the United Nations to discuss Guam’s fight for independence.

The complaint was originally filed by Ken Leon-Guerrero, an advocate with Guam Citizens for Public Accountability.

Lee and Taitano’s travel to New York was funded by GovGuam.

The Committee on Ethics and Standards met over Zoom at 1 pm Wednesday, where senators were also expected to vote on an ethics and standards committee chairperson.

Since legislative business was largely shut down due to COVID-19, the Q2 roster of senators never officially assumed their posts. They would have taken over from April to June.

The Speaker’s Office, who sent out the Zoom meeting request, said it can neither confirm nor deny an ethics complaint was received.

Chirag Bhojwani, the Speaker’s Director of Communications, said he can also neither confirm nor deny a meeting exists.

Ethics meetings called to discuss complaints against senators are generally closed to the media. The investigation is made public once it’s complete.