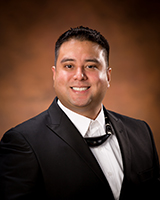 An ethics complaint was filed by Guam resident Barry Mead against legislative ethics committee chairman Senator Fernando Estevez for his involvement in a protest at the front gate to the Andersen Air Force base.

Guam – On Oct. 10, Guam resident Barry Mead filed an ethics complaint against Senator Fernando Estevez alleging that he “has flagrantly violated his oath of office.”

Mead alleges that he violated this oath through is recent actions during a protest in front of Andersen Air Force Base. The oath reads, “I solemnly swear (or affirm) in the presence of almighty God that I will well and faithfully support the constitution of the United States, the laws of the United States applicable to Guam, and the laws of Guam, and that I will conscientiously and impartially discharge my duties as a member of I Liheslaturan Guahan.”

Mead goes on to allege that the other indicator is on social media posts in which Estevez allegedly “asserts to incited civil disobedience and disregard for the Constitution of the United States.”