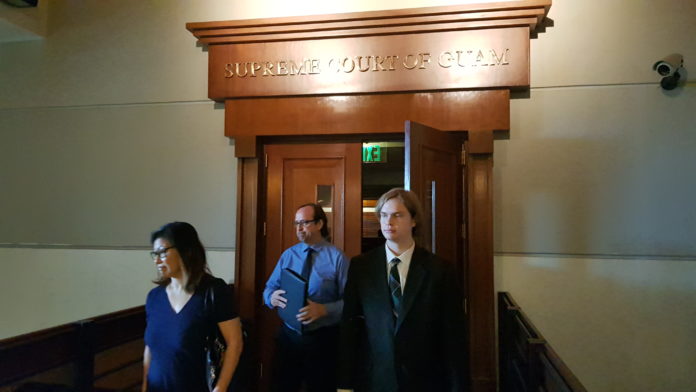 Guam – It is now up to the Chief Justices to decide if an appeal will be granted in the case involving the ex-UOG Professor convicted of sexual harassment.

Michael Ehlert’s appeal to overturn his conviction is warranted based on several factors, according to his attorney Randy Cunliffe.

He argued that that the element of forced coercion was not met and that testimony from the three alleged victims was prejudiced.

Cunliffe argued that the testimony provided by the victims did not equate to the charges, and that the timelines in question bring forth a question of the credibility of the victims.

He also contends that the government’s argument of surprise was not what was pleaded, instead it was force and coercion.

“The jury was instructed on all potential elements of force which included surprise but also included physical force and a jury did not return a verdict saying we thought it occurred by surprise,” argued Cunliffe.

The Chief Prosecutor in the case Jeremy Kemper contended that surprise is related to the time and conditions surrounding the allegation, stating that no one anticipates having a hand come under their shorts while in the water.

The Supreme Court has taken the matter under advisement and will be issuing their decision at a later time.