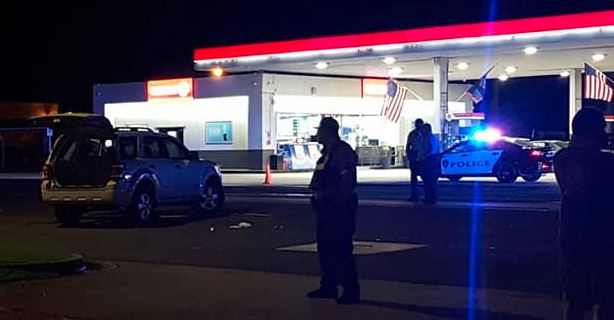 Espinola says Willy died of a crushed chest and broken back and died instantly at the Anigua crash site. Police say they are still investigating the accident. Willy died after he  was struck by a vehicle on the stretch of Marine Corps Dr.  between the Anigua Circle-K/76 service station and the Bell Tower office building. The accident closed lanes in both directions on Rte. 1, as the Guam Police Dept.’s Highway Patrol Division began its investigation.

The Guam Fired Dept. reports that a good Samaritan performed CPR on the crash victim and that medics continued attempting to resuscitate him en route to Naval Hospital in Agana Heights.

However, Tapao said medics noted that the victim remained unresponsive and unconscious on the way to the hospital, and that by 7:56, Naval Hospital had confirmed the victim dead.

“Now this case…is being handed over to the Highway Patrol Division, so they can do their investigation,” Tapao said.

“Our crash investigators have yet to determine the speed of the vehicle, alcohol, or drugs as a contributing factor to this crash.” Nevertheless, Tapao said the female driver of the vehicle involved in the accident “self transported” to Guam Memorial Hospital for pain treatment.

This accident marks the island’s tenth auto pedestrian traffic fatality of the year.