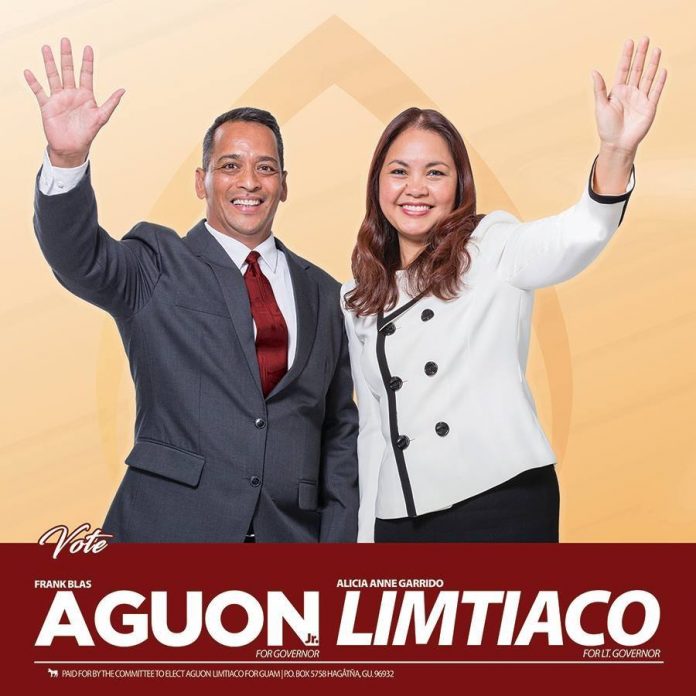 Nope! No doubt about it! The Democratic governor’s race election results were tight as a tick last weekend. So, are we going to see a primary recount or not? Not if the election commission executive director’s read is right on the law.

Leon Guerrero/Tenorio’s 8,218 votes minus Aguon/Limtiaco’s 7,958 votes equals 260 votes. That’s a difference of just 3.2 percent. When it’s that close, what’s the proper course of action? The law on the matter appears simple, if not entirely clear.

If the tabulation indicates that a difference in votes is two percent (2%) or less, the Commission shall conduct a recount of the votes.

The proper interpretation of law may boil down to a matter of which figures should be used.

Another argument considers all votes cast in the Democratic gubernatorial primary, instead of narrowing the ballot count difference between the top vote getters.

In so doing, it would appear that the vote gap between Lou & Josh on the one hand and Frank & Alicia on the other is narrower than it actually is—just over one percent, close enough for a recount.

The Guam Election Commission and lawyers will meet to begin sorting out the law and the numbers this Thursday, but at this point, GEC Executive Director Maria Pangelinan’s interpretation of the law goes with the difference between the top two finishers at 3.2 percent, close to the 2 percent legal threshold demanding a recount, but no cigar.

Pacific News Center has asked both Aguon and his senatorial chief of staff, for the Aguon/Limtiaco campaign’s response to our inquiry about a letter the campaign duo sent Pangelinan requesting a recount, based on the campaign’s interpretation of the election code. However, PNC has received no comment yet. Pangelinan has confirmed receipt of the Aguon-Limtiaco letter and has provided PNC with a copy.  It reads as follows:

The Committee to Elect Aguon Limtiaco for Guam officially requests a recount of the 2018 Guam Primary Election Democrat ballots and votes cast for Governor and Lieutenant Governor of Guam, in compliance with Title 3 Guam Code Annotated (GCA), Chapter 11. Pursuant to 3 GCA §11131, “if the tabulation indicates that a difference in votes is two percent (2%) or less, the Commission shall conduct a recount of the votes….” The Unofficial Results of the Guam Primary Election held on August 25, 2018, released by the Guam Election Commission substantiate that a recount of the votes is mandated by law.

Thank you for your attention to the above request. We look forward to the Commission’s timely response.

Alicia A. Garrido Limtiaco, Candidate for Lt. Governor of Guam

The wild cards in this past weekend’s close finish include interpretation of law, the enfoldment of absentee and provisional ballots into the ballot count, and the road to final vote-count certification.