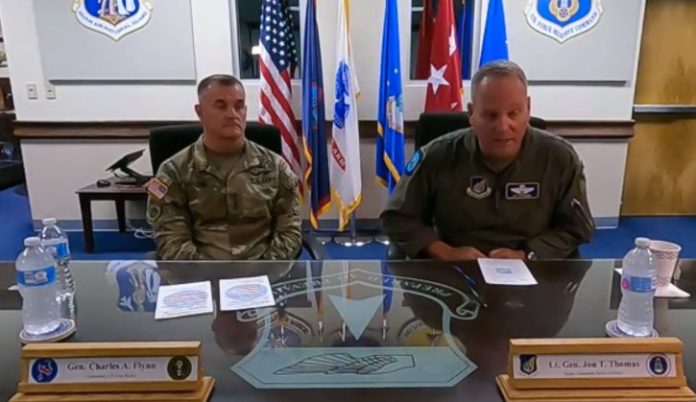 They spoke about the joint interoperability that the Defender Pacific, Pacific Iron, and Forager exercises bring to the U.S. Department of Defense and they highlighted the strategic importance of Guam as a joint power projection platform for the Indo-Pacific region, along with its long-standing support and positive relationship with the US military.

“We want to maintain strong relationships with the Guam community. We are demonstrating our commitment here to the defense of Guam, to the defense of the nation, and to the values and the principles inherent in a free and open Indo-Pacific. This is the foundation of why we conduct exercises like we have today,” US Army Pacific’s Gen. Flynn said.

He added: “We’re conducting strategic deployment of our forces into the region followed by operational maneuver and command and control of those forces from strategic locations. We’re integrating and rehearsing joint all domain operations. And we’re demonstrating these capabilities by conducting rehearsals and building readiness with all of our forces.”

For his part, General Thomas of Pacific Air Forces said the Pacific Iron exercise is their largest and most comprehensive exercise to date.

“We’re demonstrating the Air Force’s ability to move forward to the second island chain 26 F-22 fighters and 12 F-15s …. We’re exercising the ability to disperse that large force to multiple locations, and then to operate at an intense pace and tempo for a two-week period. This small agile footprint across multiple locations is how we’ll conduct operations when the situation may require. And we can do it today at scale,” Gen. Thomas said.

He added: “if you’re a potential adversary who seeks to prevent a free and open Indo-Pacific, we hope you’re watching. No one wants to fight, but if you start one, we will continue to successfully operate using agility, speed, and innovation.”