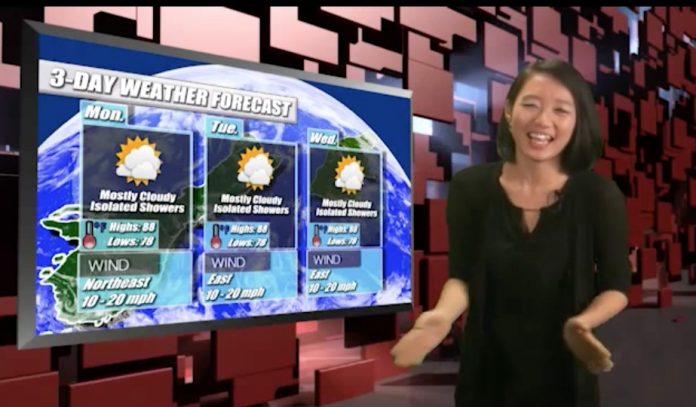 NWS says skies are expected to be mostly cloudy with isolated showers.

In its Marianas synopsis discussion, NWS says, ”Moderate trade-winds and isolated showers are present across the Marianas waters.”. NWS adds in its discussion that ,” [NWS] have extended mostly cloudy skies through Thursday, as both GFS and ECMWF show shear-line moisture in the area through then. No other changes were needed, as moderate to fresh trades and isolated showers are still indicated for the next few days.

The discussion also indicated that the high surf and small craft advisories which were in effect over the weekends are cancelled as the “seas have come down significantly since yesterday (Sunday).”

TUESDAY THROUGH THURSDAY…MOSTLY CLOUDY WITH ISOLATED SHOWERS. EAST WINDS 10 TO 20 MPH. HIGHS NEAR 88. LOWS AROUND 78.