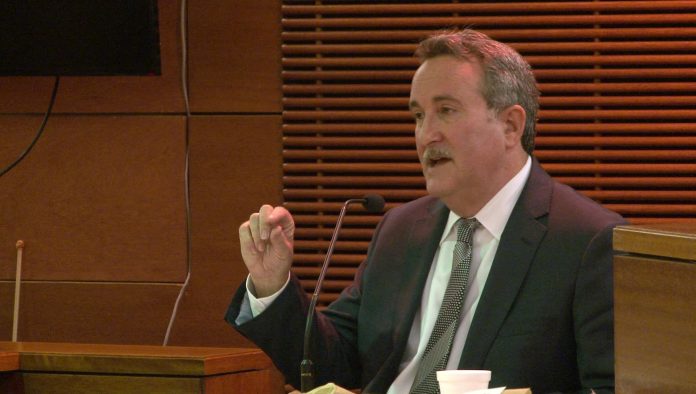 Dr. Joseph Cohen had previously testified that the victim’s death should have been ruled as undetermined.

Guam – It appears that the defense for Allan Agababa has secured the testimony of their expert witness, a forensic pathologist from California, Dr. Joseph Cohen.

In his previous testimony, Cohen disputed Espinola’s determination that Bernstein’s death was a homicide. Cohen testified that her death should be ruled as undetermined. Cohen indicated there were no injuries to her brain.

At the start of Agababa’s second trial, defense attorney Curtis Van de Veld informed the court that Cohen would not be able to appear as a result of lack of payment during the last trial.

In lieu of this, Van de Veld had intended to utilize court recordings of Cohen’s testimony which was the subject of contention early on in the first trial. However, it now appears that Cohen will be appearing via teleconference later this week as the defense’s first witness.