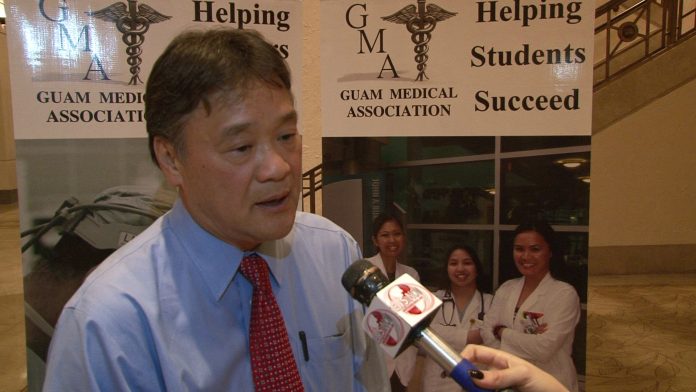 Dr. Greigh Hirata was speaking a conference for the Guam Medical Association.

Guam – A maternal-fetal specialist from Hawaii was on Guam to educate healthcare professionals about the effects of the zika virus, particularly in pregnant women.

Dr. Greigh Hirata recommends pregnant women get tested for zika if they traveled to areas where zika has been reported.

Although there haven’t been any reported cases of the zika virus on Guam, maternal-fetal specialist Dr. Greigh Hirata cautions that the zika virus could spread quickly. Dr. Hirata mainly practices out of Hawaii, but he is licensed to practice on Guam.

“I don’t think the public and professional community is aware of the potential problem. We haven’t seen it where I’m at in Hawaii yet. Not an infected, that was infected on our island, but I think it’s just a matter of time when zika becomes endemic so to speak,” explains Dr. Hirata.

Dr. Hirata spoke about the potential effects of zika, as well as the Centers for Disease Control recommendations, which he points out changes often.

Dr. Hirata says because of world travel and because of the pervasive presence of mosquitoes, there is a risk the virus could be brought to Guam.

“Oh yeah, because of the world travel. The fact that it’s already in the South Pacific. The fact that people travel back and forth and they may not even have symptoms of the infection. And we have the vector which is the mosquito,” Dr. Hirata points out.

“The evidence is compelling. I don’t think it’s causal yet but you can isolate the virus from miscarriage specimens and placentas and the products of conception after miscarriage In very few case reports, series of patients that were confirmed as having zika virus infections, it seems to be an inordinately higher incidence of miscarriages. So that would be the rationale for suggesting that it’s associated with miscarriage,” says Dr. Hirata.

Dr. Hirata was the guest speaker for the Guam Medical Association conference that was held at the Hyatt Regency on Saturday.