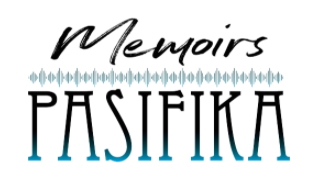 Memoirs Pasifika, a Guam-based podcast exploring events, movements, and people in modern Micronesian history, will host a virtual roundtable and audience Q&A to discuss the role of podcasts in sharing Micronesian history with local and global audiences.

The online event, titled “Modern Micronesian History Through Podcast: A Virtual Roundtable + Q&A,” is free and open to the public. It will take place on Thursday, October 28, from 7:30 to 9:00 pm (CHST). Register to attend at http://tinyurl.com/MemoirsPasifika.

The roundtable discussion will be moderated by Manuel Lujan Cruz, an Instructor of Communication & Media at the University of Guam (UOG). Cruz is also a UN Indigenous Fellow and former host of Fanachu! Podcast.

Memoirs Pasifika is a documentary podcast exploring events, movements, and people in modern Micronesian history. Each episode covers a different topic and is largely told through interviews with Pacific Islanders who witnessed or participated in the events in question.

Recent episodes explore fascinating events in the region’s history. For example, the third episode – anchored by Dr. Evyn Lê Espiritu Gandhi – discusses Operation New Life, when Guam served as the primary processing center for 112,000 Vietnamese refugees after the Fall of Saigon in April 1975. The fourth episode, anchored by former Saipan Congressman LJ Castro, covers several key moments and debates from the Northern Mariana Islands’ self-determination process of the 1960s and ‘70s, including the Marianas Political Status Commission’s negotiations with the United States government to end the NMI’s status as a US-administered Trust Territory through the Covenant Agreement. It features interviews with several framers of the Covenant, including Vicente Naputi Santos, Manuel Atalig Sablan, and Pedro Agulto Tenorio.

A sixth episode, about the revival of traditional seafaring practices in the Marianas with the help of Carolinian navigators, will be released this week.

The podcast is available for download and streaming across multiple sites, including Apple Podcasts, Google Podcasts, Spotify, Amazon / Audible, SoundCloud, Libsyn, and YouTube. The podcast’s website (www.memoirspasifika.com) gives fans access to a supplementary archival media relating to each episode’s topic and interviewees, including photos, music, videos, and newspaper clippings.

Memoirs Pasifika is supported through grants from Humanities Guåhan and the Northern Marianas Humanities Council (nonprofit, private corporations funded by the National Endowment for the Humanities), and by the Guam Council on the Arts and Humanities Agency, the National Endowment for the Arts, and the Office of the Governor of Guam. Any views, findings, conclusions, or recommendations expressed in Memoirs Pasifika episodes or events do not necessarily represent those of the funders.