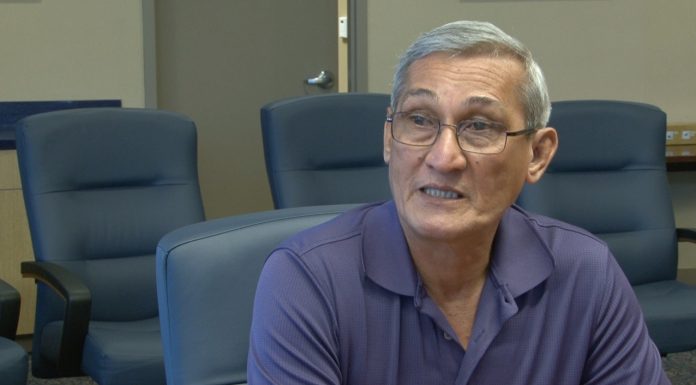 Guam –An explosion at the Cabras’ 3&4 powerplant, leaving people wondering how this recent event will affect their rates and power supply.

Around 2:30 a.m., Guam Fire Department was called to the scene in response to a structure fire. At a press conference Monday afternoon, John Benavente talked about the situation.

“Again, I don’t really know for sure but when I say external explosion, I say it probably happened outside of the engine, Internal explosion when I say that is like the crank case, something happened in there with gases and it exploded out..from what I could see..again from what I can understand I think its something that happened outside of the engine that caused the explosion and the fire itself, again its hard to tell at this time I can only speculate,” said Benavente.

Such a loss in megawatts in a short amount of time raises the question as to whether or not GPA can produce enough power for the Island. Residents will remember the load shedding era of the 1990’s when GPA asked residents to conserve power and work around daily scheduled outages. John Benavente was asked at the press conference about wether or not this event might cause load shedding in the future.

“Again probably if you ask me that in about a week, I can give you a better analysis. Right now I don’t want to speculate,” said Benavente.

In terms of how this could possible affect rates, Benavente says it’s too early to tell.

“We’ve been fortunate that more recently again the fuel oil pricing has come down, so hopefully we can weather the situation without impacting any additional rates to the ratepayers, but again we are going to be consuming more fuel and certainly there’s gonna be a cost factor, overall for the ratepayers, how much, not certain yet at this point in time, but certainly well be watching to operate as efficiently as possible within the constraints of what we have,” said Benavente.

Benavente explains that right now, without Cabras 3&4, GPA has the capacity to generate 275 megawatts of power. Based on past use, the max amount of power emitted during peak hours, 6-9 p.m., is 250 megawatts. This means, according to Benavente, that GPA has some wiggle room, if the amount of electricity fluctuates beyond the peak of 250 megawatts. So far, Benavente says the investigation is ongoing and it could take 1-2 days before the area is considered safe enough to investigate.