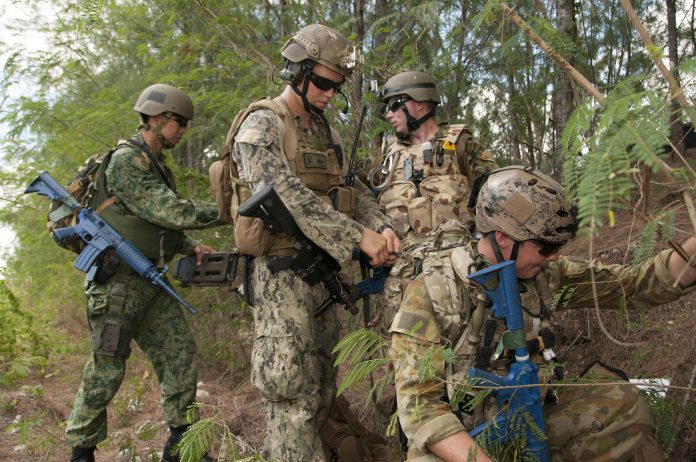 Santa Rita, Guam – (May 8) – Sailors from Explosive Ordnance Disposal Mobile Unit (EODMU) 5 trained alongside members of the Royal Australian Navy and Air Force, Australian Army and Republic of Singapore Navy during the biennial Tri-Crab Exercise on U.S. Naval Base Guam.

The two-week training, which began April 28 and will continue through May 9, focused on building closer relationships between the nations and enhancing the interoperability of their military units.

“That interoperability is one of (Pacific Command’s) number one priorities of theater security cooperation,” said EODMU-5 Commanding Officer Cmdr. Oscar Rojas. “We’re definitely able to meet those lines of operation and also use Guam as a great training platform for us.

As we operate throughout the (Pacific Command area of responsibility), these partners provide us access into their countries. We’re able to go in there because we already have pre-existing relationships and we can build upon that partnership that we have with them.”

Tri-Crab emphasized the multi-nation aspect of potential missions by having personnel from the three nations integrate together in four- to six-member teams. In this format, the teams developed and practiced tactics, techniques and procedures before participating in the field-training exercise portion of the event.

“The biggest takeaway from this experience is really the integration between us and how close partners we actually are,” said Lt. Marc Rennie, Royal Australian Navy Clearance Diving Team One executive officer. “I’ve never been more impressed in regards to how well the U.S. can run an exercise and also train, and provide that integration.” 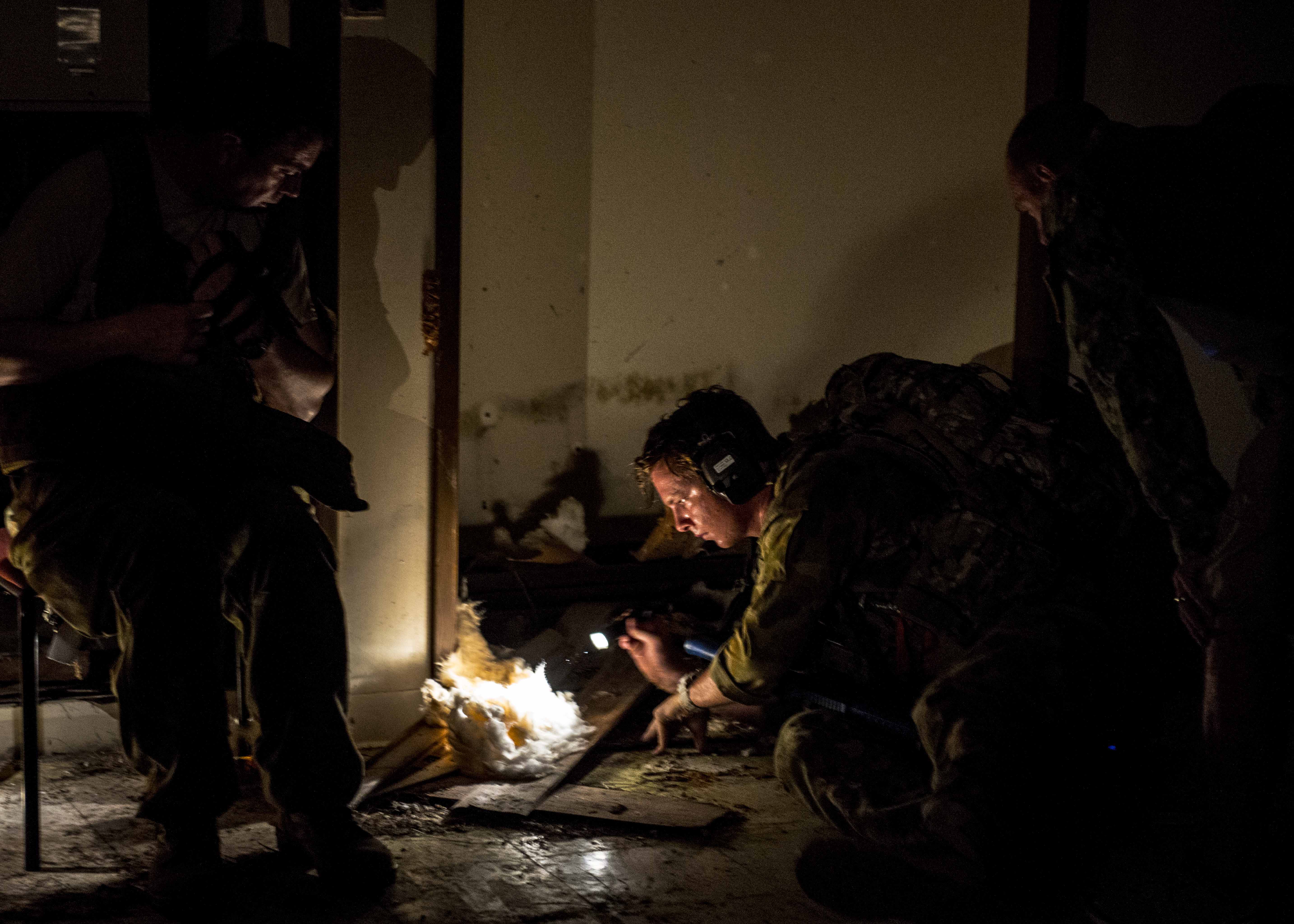 Service members from each nation learned how to properly handle improvised explosive devices in waterborne, vehicle and roadside scenarios. The training also included rapid flight line clearance to prepare an area for aircraft landing in the event of a quick extraction; pier searching, which involves sending personnel to search for any device that may harm a vessel preparing to dock; and identifying weapons or explosives.

EODMU-5 is a forward-deployed command that provides mine countermeasures and joint expeditionary and special operations forces for missions within the Western Pacific and other areas as needed. 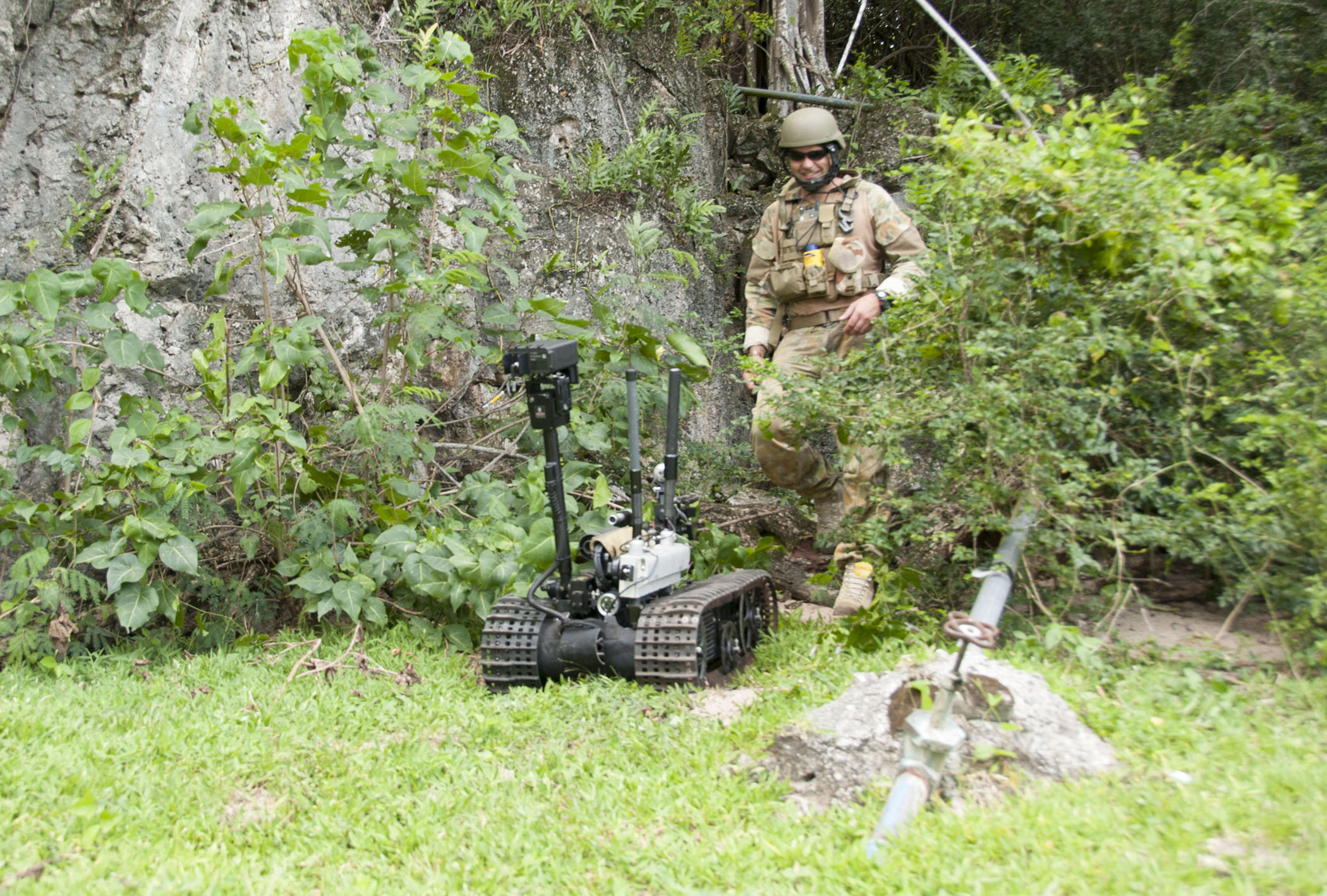