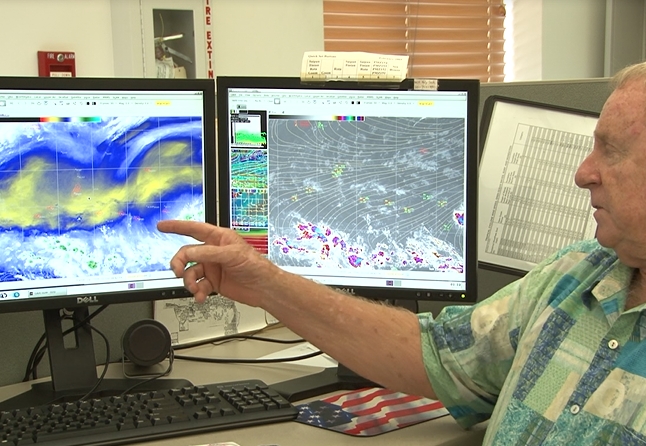 Because of one of the strongest El Nino event in the past hundred years, Guam along with many islands in Micronesia are experiencing an extreme drought.

Guam – Many islands in Micronesia are in an extreme drought.

National Weather Service Meteorologist Chip Guard says, “The drought has been going on for several months and it’s associated with the El Nino event.”

He says for Guam, rainfall has been below normal the past couple of weeks and is expected to continue for the next several months. Guam can expect to see drying and yellowing of food crops and surface cracks on clay in the Southern part of the island. Guard says, “On Guam, we do pretty well in droughts because we have a big aquifer and we can supply water, as long as we can supply water to the south, we’ll be okay.”
Although, with dry conditions and increasing winds, Guam is on a red flag warning.
Guard explains “A red flag warning means that we’re going to have at least 21 miles an hour wind, which means if there is a fire in these dry conditions, it means the fire can be spread very quickly. It can burn erratically. Embers can be airborne and then does fires can start fires away from the main fire.”
Guard explains that Guam doesn’t have it as bad as the other islands. In fact, the Marshall Islands already made a Presidential Disaster Declaration while the Federated States of Micronesia and Palau have already declared a state of emergency due to drought conditions.
“A lot of the plants are going to die. Even when the rain comes back, it’ll be about eight to ten months until the crops are able to grow. In most of the Micronesia, not here in Guam or CNMI, they’re going to need food assistance and water assistance,” he states.
Guard says this El Nino event has peaked and is slowly weakening. The drought should last until about July.