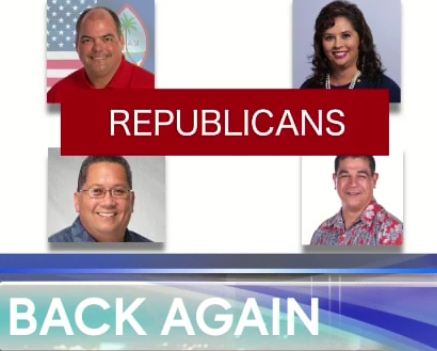 Lately, we’ve been catching up with some familiar faces who’ll be returning to the Guam Legislature.

In this second of a two-part series, PNC asked them what has changed and what they plan to bring to the new legislature.

All four are Republicans.

In the first part of this series, we spoke with Senators-elect Duenas and Brown.

For the second part, we caught up with Senators-elect Ada and Blas.

Ada previously served in the 30th through 33rd Guam Legislatures.

He says that among the priorities he wants to address is to reopen the island’s economy. But to do so in a safe and responsible manner.

Ada says that since we don’t know how much federal relief the island can count on and there’s no certainty as to when the coronavirus will no longer be a threat, we have to learn to live with it.

Ada believes there are ways the island can reopen its job market but continue practicing safety measures such as using masks, washing hands, and social distancing.

He also says transparency and accountability will be another priority.

“I think bringing in four Republican senators to balance out that supermajority is overwhelmingly the voice of the people. To say ‘No, we need to have some checks and balances here. Not just into the administration with the legislative side..but also in the legislature itself. And we were elated that we were able to pick up additional seats in the legislature,” Ada said.

Ada also says he feels the political landscape has become more combative and he hopes senators in the new legislature are more willing to work together in a more diplomatic manner.

Senator-elect Blas also believes it’s important to be willing to reach out across the aisle — and the generation gap — to work with his fellow senators.

Blas served in the 29th through 33rd legislatures.

He says that he was humbled by the fact he was re-elected even though he had very little in the way of the usual campaign infrastructure.

He attributes this to spending his life outside of politics helping the community.

Blas says it’s a calling to help that coincides with his belief that it’s important for the community to grow stronger so that it will be less reliant on the government.

But now that he’s back in the legislature, Blas says he will do what he can to help the community, including putting aside partisan politics for the good of the island.

“I’m not going to see age as a difference in there..nor do I want to see partisanship in there. It’s a colleague..and we’ve got a job..let’s do this,” Blas said.