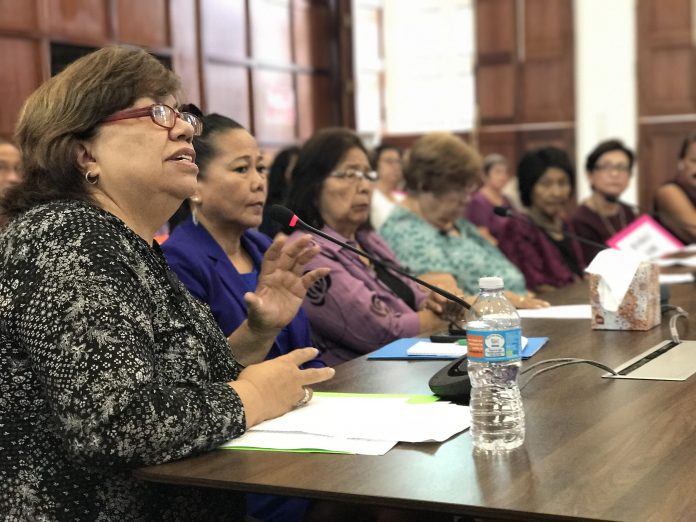 Bill 93 is aimed at providing relief for victims of violent crimes who attend parole hearings every year.

The bill is aimed at providing relief for victims of violent crimes who attend parole hearings every year. If made into law the bill would require that people who are imprisoned for violent crimes and denied parole for two consecutive years will have to wait for four years from the date of the last parole denial for the next hearing. Family members and friends of murder victims testified in support of the measure. Dan Swavely and Carlotta Leon Guerrero knew the late attorney Jan Rubinstein who was murdered by the abusive husband of a woman she represented in a divorce. “Unless you have a lost a friend or family member to a violent offender and must relive the pain of recounting those dreadful events every year before a parole board I can say with certainty that you have no idea how emotionally wearing and mentally difficult it becomes,” said Swavely.

“I stay like this ready to fight like this because the stakes are so high and she was such a wonderful person and what she was doing for the safety of families and women and or community she was fighting to get a woman out of an abusive relationship and save that woman’s children from that. And that’s what happened to her and I just can’t not let this go. So, I ask that you respect our wishes and think of the victims,” Leon Guerrero.

Most of those who testified did so in favor of lengthening the time between parole hearings beyond the four years called for in the bill.