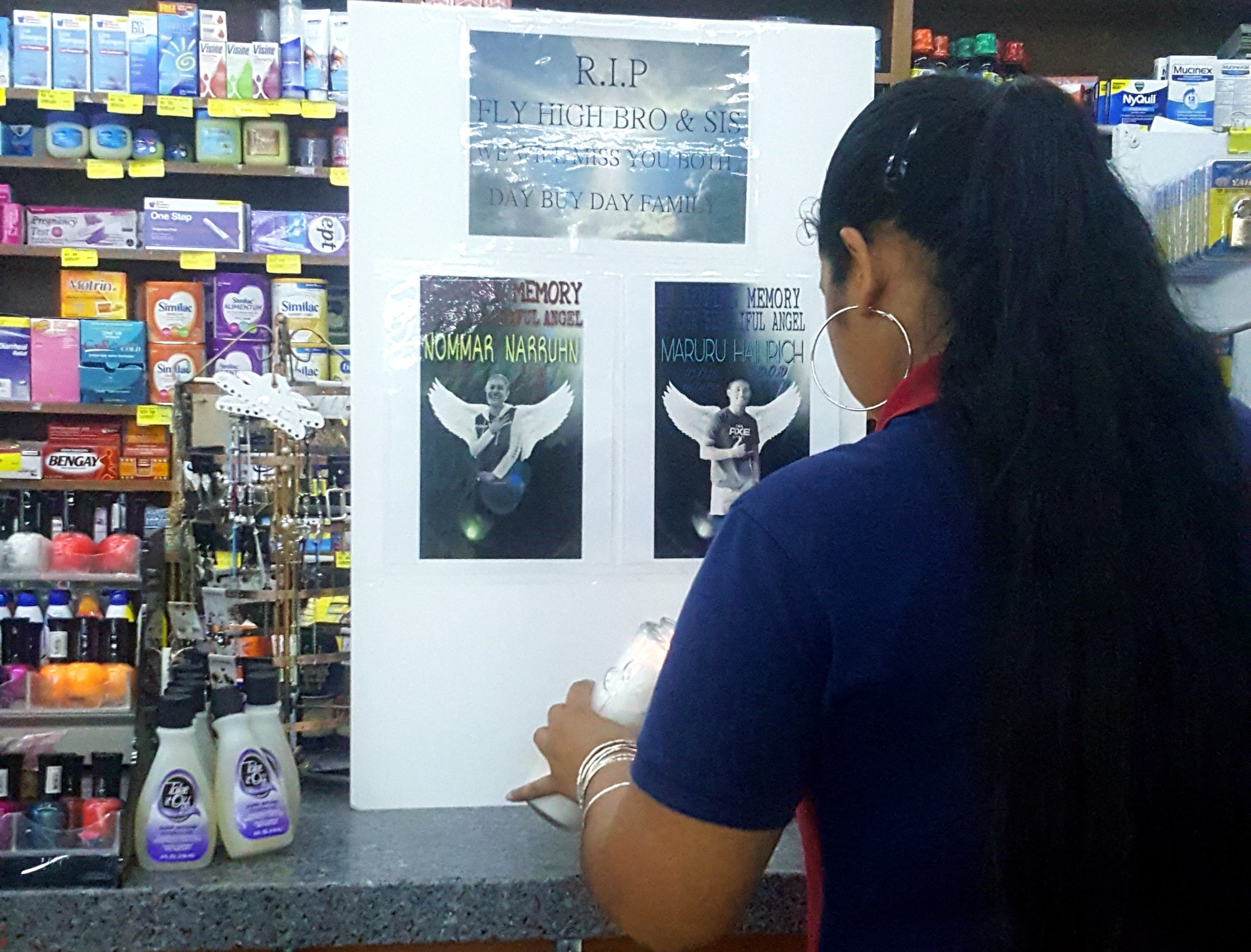 Family and friends of the two victims involved in a three car collision on Saturday share their fond memories of Maru and Nono.

Guam – Early Saturday morning a tragic accident on Alageta Road in Dededo injured three individuals and claimed the lives of two. Family and co-workers shared a tribute to their lost loved ones.

Hainrich Maruru and Nomar Narruhn were more than just co-workers, they were family. The two were the occupants of the Nissan pickup involved in a three car collision off of Alageta Road, which claimed their lives.

On Tuesday, co-workers and family gathered at Day by Day Supermarket in Piti to light a candle for two who are now gone but will never be forgotten.

Nomar’s cousin Sara Lynn Lester shared, “we are all in pain, we still don’t believe that its actually true. We wished that it hadn’t happened to them. because I don’t think the kids know yet what happened to their dad.”

Hainrich Maruru, also know as Maru, is the father of two girls and one boy. They were his world. Family and friends described Maru as an all around good guy, a prankster, and someone who loved to joke around.

Maru is the brother in law of Nomar or “NoNo” and while she had no children of her own, her family shares she was a wonderful aunt to Maru’s children. A woman whose smile would brighten up a room.

“She was a very caring person and she was always happy. There was never a moment when I saw her in a bad mood and she would love to joke with everybody. She just likes to make everybody laugh. She was very kind and loving,” her cousin Lester shared.

While Day by Day Supermarket was Maru and Nono’s place of employment, their relationship with their co-workers evolved into family.

“First of all, I would like to say our condolences to family and friends that lost two wonderful people. We have have been all touched by both of them. We all became good friends within these years together. We became closer as colleagues and then as family. Rest in peace Nono and Mar. Fly high until we meet again,” expressed co-worker Franshae Lizama.

Maru’s sister, Lin, also had a few words to say about her brother, telling PNC, “He is my youngest brother and he’s also my best friend, my hero who I can lean on or get advice from. Every time we met I was so happy to see him because he always made me smile and laugh out loud.”

The crash remains under investigation.