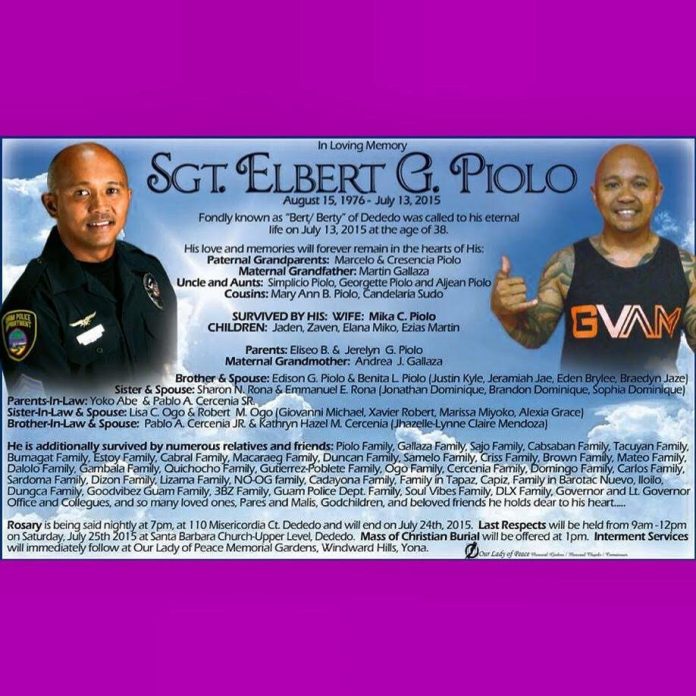 Family, relatives and friends of the fallen Guam Police Department Sergeant Elbert Piolo gathered at the ITC Intersection today to rally for his “justice”.

Supporters rallied this morning and again this afternoon holding signs that read “Justice for Bert” and “Help us spread awareness.” Piolo, who served as a police officer for almost 16 years and posthumously promoted to Sergeant, died two weeks ago after he was allegedly shot by fellow officer Mark Torre Jr. Torre has been charged with Piolo’s murder, however, he was released on $165-thousand dollar property bond. Piolo’s funeral arrangements have been scheduled for this Saturday, July 25th. Last respects and mass will be held at Santa Barbara Church at 1 pm. Afterwards, Piolo will be laid to rest at Our Lady of Peace Memorial Gardens in Windward Hills Yona. Meanwhile, Torre’s next hearing is scheduled for tomorrow at 4 pm.