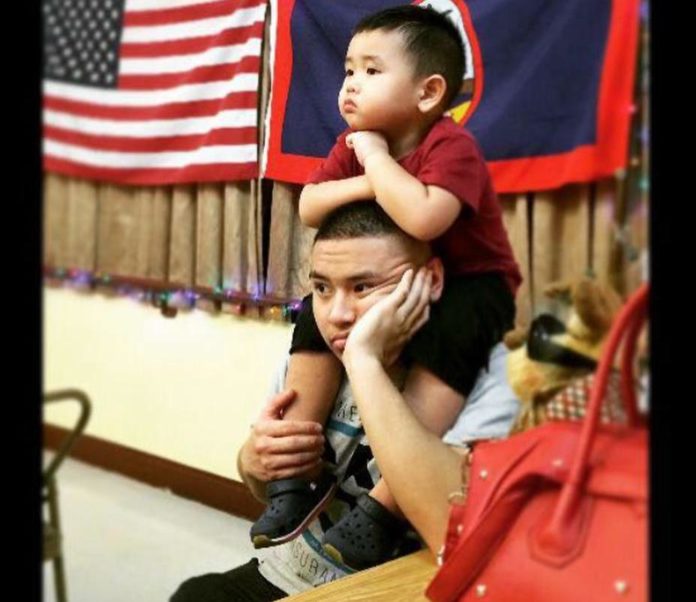 Guam – Zasharae Dayrit, the sister of Zacharay Dayrit, 23, who died in a tragic car accident early Monday morning, described her brother as very sweet and her best friend.

“We were super close. I see him almost every day. When I’m at work, he calls me all the time, he’s aways like, ‘Ate (sister), are you hungry?'” recalls Zasharae.

Zasharae and Zacharay are the only two siblings of a tight knit family. But with Zacharay now gone, the family is feeling the painful loss of losing a brother, son and uncle.

“Whenever my mom or dad had a problem, it’s always me and my brother. Now it’s just me. I don’t know, I just feel really lonely. He’s my best friend,” said Zasharae.

Zasharae described her brother as a great friend to many, a loving son and brother, but most especially an adoring and doting uncle to her 6-year-old son, Ezra.

“They’re so close. They always look for each other. Just this morning, Ezra was calling his cell phone. I was holding Zak’s cell phone and Ezra is calling him and he’s asking me why isn’t Zak answering. I don’t know what to tell him,” shared Zasharae as tears streamed down her face. “It hurts me so much because Ezra is always looking for him. I really don’t know what to say. He goes to Zak for everything.”

Zacharay’s life was cut short early Monday morning when his vehicle veered off the roadway on Route 3 near Okkodo High School and struck a utility pole. The family still doesn’t know exactly how long had passed before help had arrived but they were told he was pronounced dead at 2:21 a.m. Another two hours would go by before they received any kind of call.

Zasharae says her brother spent his last moments caring for his family and with his coworkers.

“So before he headed out, he went to an appreciation dinner at Westin which is where he works. So around 7 o’clock he called my son which is his nephew and he wishes him good night all the time, every day, he always checks on Ezra. They’re really close,” Zasharae said.

Her message to her only brother.

“Oh Zak, please come back. I really miss you so much! Thank you for everything for all you do, for taking care of me and Ezra, for always keeping me company. I hope you know that I love you so much,” said Zasharae as she choked on tears.

Rosaries are being said nightly at the Santa Barbara Catholic Church a 6 p.m. Funeral announcements will be made soon.