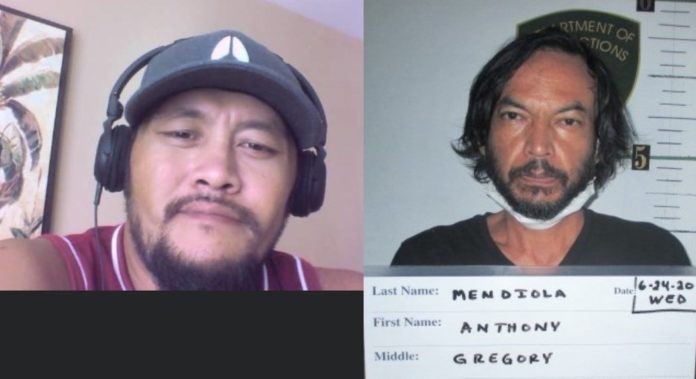 The man found shot to death in Agana Heights yesterday has been identified as 37 year old Joey Zamora, according to family members.

Police responded to a reported shooting in a home on Tatujan Drive around 2:30 Tuesday afternoon. Zamora was found dead inside the home.

GPD spokesman Sgt. Paul Tapao reports that CID detectives were able to locate and seize a firearm and other evidence.

Zamora’s mother, Agnes Elizabeth Mantanane, posted a heart breaking statement on her FaceBook page writing – “Oh Lord, I have neither words to speak nor the strength to stand and I come to You grief-stricken because of this terrible tragic loss. All I can cry is Abba, Father. All I can ask is, Why?”

Read Agnes Mantanane FaceBook statement on the death of her son in FULL below:

Oh Lord, I have neither words to speak nor the strength to stand and I come to You grief-stricken because of this terrible tragic loss. All I can cry is Abba, Father. All I can ask is, Why?

Lord, You know the shocking facts of this tragic death and You know the deep despair I feel as I now have to face the future without this precious person. Lord I feel so shocked, so alone, so abandoned, so helpless, even though I know within my heart that You are there with me, and have Your loving arms all around me. Draw me very close to Yourself at this time Lord I pray. I need You.

Oh Lord, I feel so empty, so hollow, so numb and even afraid of the future. Lord, I don’t know what to do or where to turn, except to look to You and plead that in Your grace, You will help me to get through this and bring me out the other side. Lord, I have no-one but You.

Help me Lord, to come to terms with this tragic death and help me I pray, to face the future with courage. And Lord, although I doubt that You will ever fully answer my question, “why”, yet I pray that You will give me an understanding heart. Help me to come to terms with what has happened to my son Joey. Be my comfort, my strength and my hope in Whom I trust. In Jesus’ name I pray.”

READ the release from Sgt. Tapao in FULL below:

As reported at about 2:30 p.m., June 23, 2020, officers from the Central Precinct Command responded to a reported shooting incident on Chalan Kanton Tutujan in Agana Heights.

A check was made at a home along Chalan Kanton Tutujan, where officers have discovered a lifeless body of a male individual possibly in his late 30’s or early 40’s.

Through the course of the investigation, CID detectives were able to locate, seized a firearm and other evidentiary items. Detectives later arrested 49-year-old Anthony Gregory Mendiola for the following offenses:

1. Reckless Conduct
2. Family Violence
3. Possession of a Firearm without a Valid Firearms Identification
4. Use of a Deadly Weapon in the Commission of a Felony
5. Unlawful Transfer of a Firearm

Anthony Gregory Mendiola was later booked and confined at the Department of Corrections.

Although an arrest has been made and this case and forwarded to the Office of the Attorney General, this case remains open for additional follow-up investigations.
###