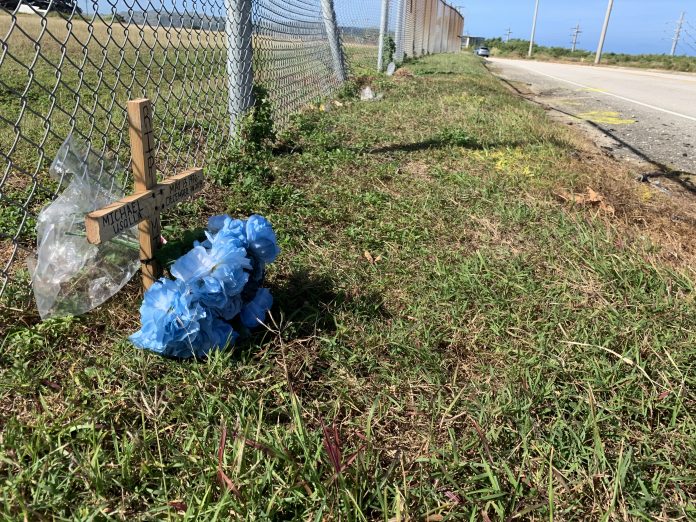 A cross has been placed at the site identifying the victim in last week’s high-speed chase and crash as Michael Usalla.

Flowers have been laid at the foot of the cross which includes his date of birth and death. Written on the cross are the letters RIP for Rest in Peace.

The 43-year-old died Monday night, Dec. 30 as he was fleeing police on his motorcycle. He slammed into an oncoming vehicle on Sunset Boulevard in Tiyan and died at the scene.

On her FaceBook page, Sharon Rose Peña Peterson said she has set up a GoFundMe account to cover the funeral expenses “for my daughter’s dad, Mike Usalla.” 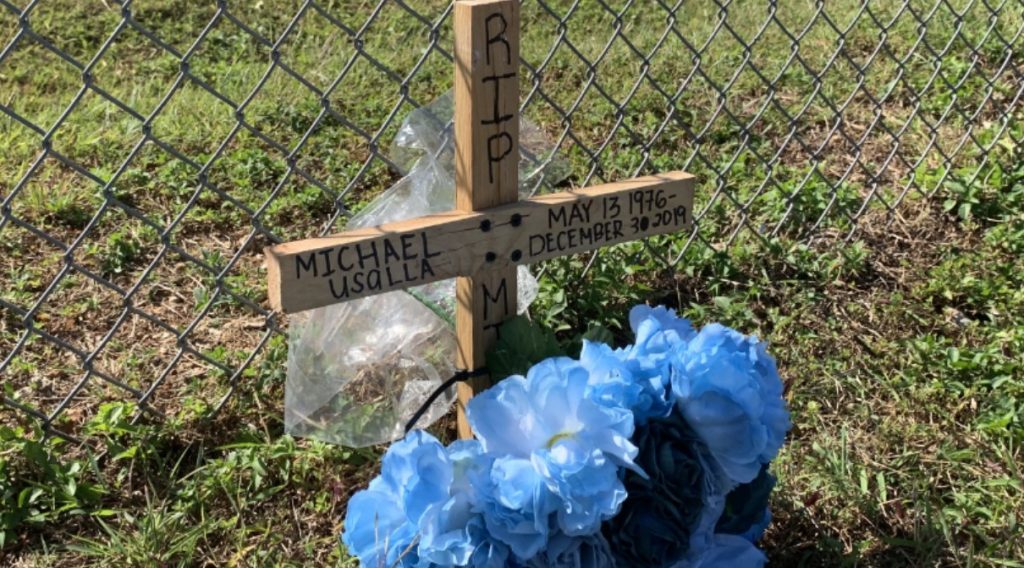 It’s not clear why Usalla fled from police.

Witnesses at the scene of the crash who shared videos of the chase said at least six patrol cars were involved before the chase ended on Sunset Blvd. about 10:30 pm. when Usalla collided with an oncoming vehicle.