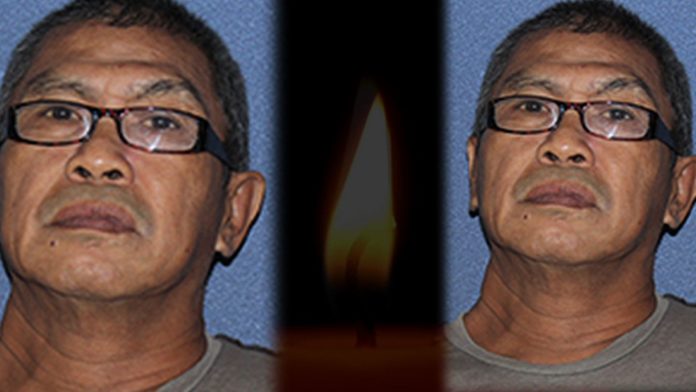 Guam – Jesse Castro is described by family members as someone who always joked around with everyone around him. After being found lifeless on the side of the road in Agat early Easter morning, his family is feeling his absence.

They call him a “great and funny man” who often visited family and friends by foot, and was very familiar with that stretch of road in Agat, having traversed that way often.

Castro’s sister, Edith Martinez, lives in Killeen, Texas and was told of the incident via an early morning call from her son, who lives on island. Martinez called into Patti on the Radio this morning and shared what she knew about the circumstances surrounding her brother’s death:

“He was at his friend’s house so I guess it was late the morning or early that morning, he left his friend and was heading home,” said Martinez.

Martinez, who says Castro would have turned 58 this August, says her brother liked to either walk or find a ride. And when he walked, she said, he was always on alert.

Although an autopsy performed by Medical Examiner Dr. Aurelio Espinola yesterday came back inconclusive on whether Castro was indeed the victim of a hit-and-run, his family believes that’s what happened.

One family member said, “if that person had stayed and called for help, then my family would not be feeling the pain that they’re feeling right now.”

Meantime, an investigation has been launched by the Guam Police Department. Police spokesman Paul Tapao says they’re hoping someone in the community will help with details on the case. Both GPD and Castro’s family are asking if you know something, to please call police at 472.8911.

Castro was listed in the Guam Sex Offender Registry.