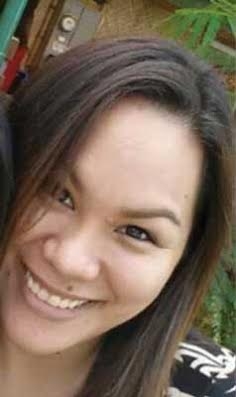 Saipan – Joanna T. Vitug was 30 years old when she was shot by her ex-boyfriend, Police Officer Christopher Santos on December 19 last year.

Authorities that day responded to a call about a shooting incident at the second floor of a Garapan law office. Details later emerged that Santos, who left his post at the Governor’s residence, had a verbal altercation with Vitug in the office, where she worked as a paralegal. It was later learned that Santos shot his ex-girlfriend in the head with his DPS issued firearm before taking his own life. For Vitug’s family — that day lives in eternity.

For her mother Lucille Vitug and her father Manny Vitug the pain is unbearable. Vitug’s sister, Kristine Wolf, remembers her sister as a “constant light” and someone who brought the entire family together.

Joanna was a mother of four. Mass services were held in remembrance of her at San Antonio Church this past weekend.