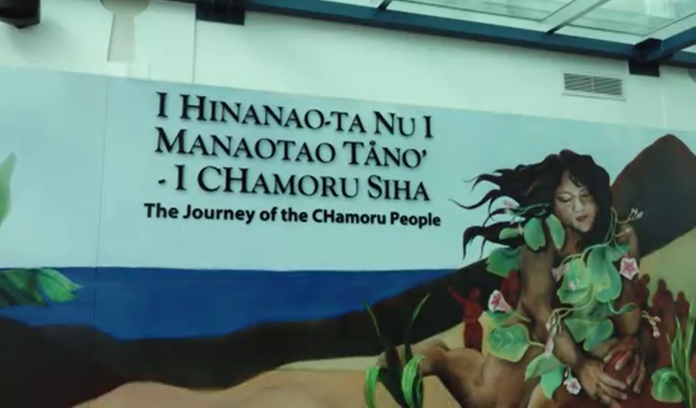 150 students gathered at the Guam Museum for the Fanhita Manhoben conference to discuss the island’s self-governance choices.

PNC’s Devin Eligio was at the conference yesterday with some student input.

Music, art, and decolonization were the pillars of the Fanhita Manhoben youth conference. Youth by the dozens piled into the Guam Museum to learn more about the island’s self-governance choices through appreciation of the arts.

PNC spoke to the Executive Director of the Commission on Decolonization, Melvin Won Pat Borja, who told us more about the event.

He said, “I think the big takeaway, really, is — you know — what these kids are going to be able to accomplish after they have these tools to strengthen their sense of self, to represent for their communities, and the power to perpetuate it.”

The event featured panels with some of the island’s visual artists and musical artists.

We spoke to some of the students from the GW High School Commission on Decolonization Chapter who encourages their peers to educate each other about the issues facing the island.

Nyah said, “Speak how you feel and let that be heard.”

Daisha said, “Go out with your friends and try to talk in your community about decolonization.”

Makayla said, “Just be open-minded and read all content relating to decolonization. Educate yourself, educate others, and to take initiative.”

Another student from Notre Dame, Maria Sol, gave her insight on the importance of youth voices.

She said, “I think it’s a really important thing to teach young people especially that just because you make music, you’re a painter, an architect, whatever, doesn’t mean you have to abandon your CHamoru identity to be something.”

Melvin Won Pat Borja hopes to extend the lessons from Fanhita Manhoben past the conference by encouraging schools to start their own Commission on Decolonization organizations.