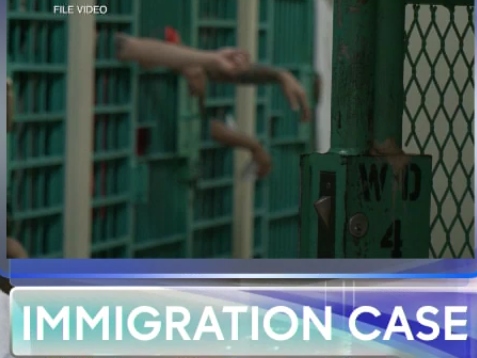 A Freely Associated State (FAS) national being held under immigration detention is hoping to get some answers, claiming he and 19 other ICE detainees feel what little rights they have left are being violated because they don’t have access to services.

Chuthans Williander is an FAS national who has been detained by the U.S. Immigration and Customs Enforcement since September 1st.

“There’s a lot more who have been held longer than I have, but the reason I am disclosing this is because they can not completely understand English so I am basically trying to be the translator at the same time,” Williander said.

Those on an immigration detainer can be held indefinitely for a variety of reasons such as being picked up upon entry, and conviction of certain offenses, but the issue that Williander is talking about is a lack of access to services.

In 2000, President Bill Clinton signed Executive Order 13166, which aimed at improving access to services for persons with Limited English Proficiency or LEP.

This means that all instructions and relevant information must be communicated to the LEP detainee in a language or manner the detainee can comprehend in all aspects of detention.

Speaking on behalf of the 19 ICE LEP detainees, Williander says this isn’t happening. He says documents are always in English but no one is made to translate.

“During processing, they are asked if there’s going to be a translator but there are no translators whatsoever,” Williander said.

All written materials provided to LEP detainees must be translated into
frequently encountered languages here on Guam like Japanese, Chinese and the languages of the Freely Associated States of Micronesia. The E.O. further states that if the materials can’t be translated, a translator must be provided. Only in emergencies does ICE authorize the use of other detainees as interpreters or translators.

“Basically the guys here are signing papers that they don’t even understand the meaning of why they’re signing. They just say this is part of… and they sign it. They don’t know whether they’re asserting their rights,” Williander said.

The other issue at hand, Williander says, is that everyone they’ve called hasn’t returned their calls.

“We don’t understand the process because we were told that there are no pro bono lawyers. We’ve had to reach out to the embassy and our embassy is doing nothing. They haven’t been returning our calls, they never visit us, and that’s the only place we can also get legal advice,” Williander said.

The American Bar Association cites that violations of detention standards can be addressed directly with the Department of Homeland Security at various levels.

Department of Corrections Major Antone Aguon said he will look into the matter.