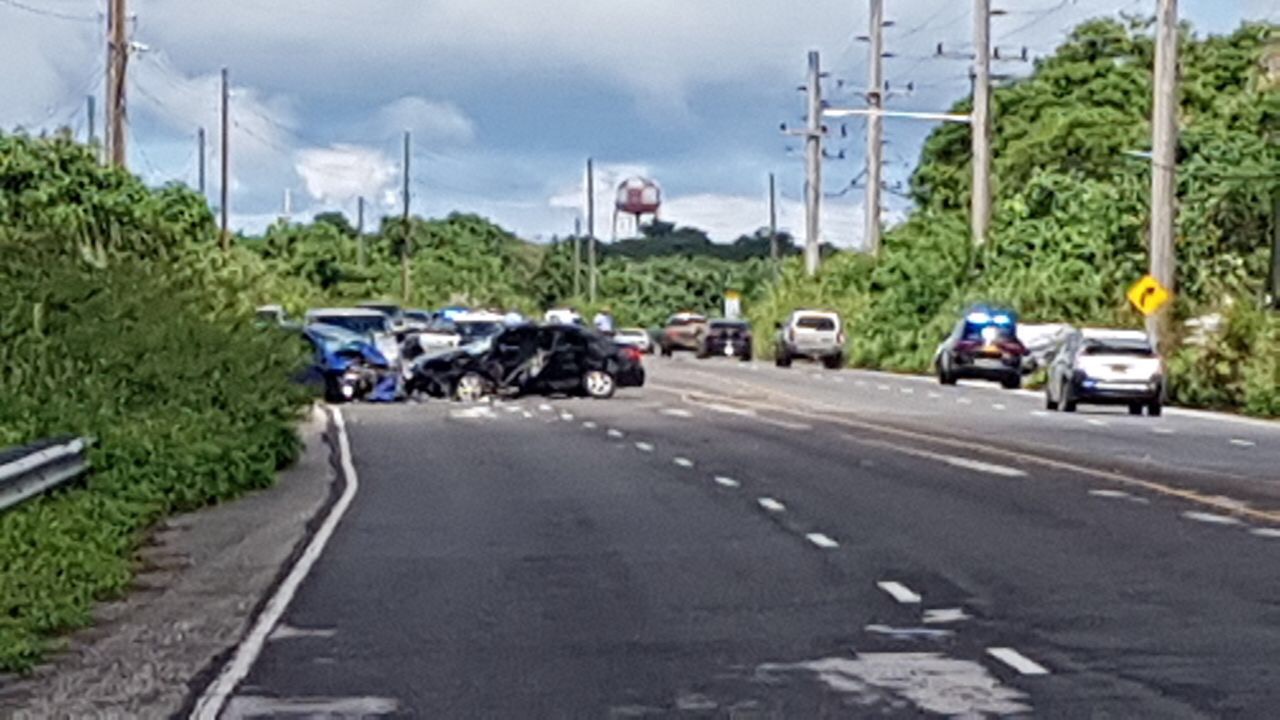 Roads were closed for several hours as officers conducted an investigation.

Guam – One woman is dead following a fatal crash on Route 3 near Pacific Rim Architects in Dededo this morning.

Guam Fire Department Spokeswoman Cherika Chargualaf says the call came in around 11:30 am and GFD units were on scene within minutes. According to authorities, a Honda Civic and a Nissan Versa were traveling in the south bound lanes when the operator of a Hyundai Elantra lost control of her vehicle and veered onto the south bound lanes, striking both the Honda Civic and Nissan Versa.

Three victims “with major injuries” were taken to the Guam Regional Medical City. GPD Spokesman Officer Paul Tapao confirmed that one of the victims, the female driving the Elantra, died from her injuries.

Roads were then blocked off to allow Guam Highway Patrol to conduct an investigation. For several hours both north and south bound lanes on Route 3 from GRMC to the Okkodo High School intersection were shut down leading to heavy traffic in other areas of Dededo.

“Speed, alcohol and drugs have yet to be determined as this case remains open,” GPD said in a release.

Medical Examiner Dr. Aurelio Espinola, meanwhile, says he will be conducting the autopsy on the victim next Monday.