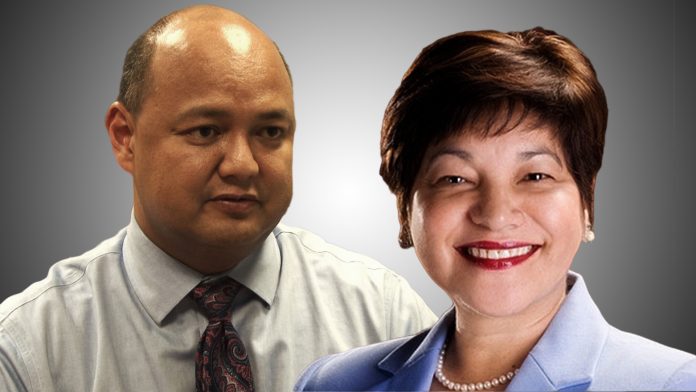 Originally set for today, the meeting between GDOE Superintendent Jon Fernandez, GACS Administrator Dr. Judith Won Pat, and other stakeholders is now postponed till Thursday because of off island travel and scheduling conflicts.

Fernandez and Won Pat had intended to discuss the highest and best use of Building E, which the Governor has ordered the Department of Education to vacate entirely to make way for the charter school. 18 days after the island’s Chief Executive ordered GDOE to get out, Won Pat reports the Education Department is doing just the opposite. This forklift was seen loading a pallet of GDOE supplies into the second floor yesterday. 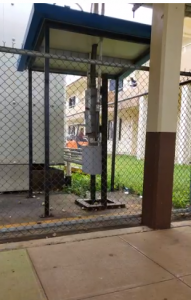 Originally Won Pat had requested that all of building E be utilized to expand her crowded charter school next door. But it soon became clear that the costs of moving GDOE Special Ed Support Staff and sensitive equipment for the hearing and visually impaired from Building E’s ground floor would be too high. With no clear place for GDOE to move into, Won Pat sympathetically adjusted her request to just the top floor, which was vacant at the time.

On K57’s Mornings with Patti Arroyo today, Superintendent Fernandez clarified that GDOE’s recent movement into the second floor of Building E is not a desperate attempt at justifying the need for GDOE’s continued use of Building E, but rather the fruit of months-long planning to moving out of GDOE’s Piti properties and into Building E.

The meeting is now moved to Thursday, where the two educators plan to resolve this matter, at the lowest level possible, without bothering the governor or other elected officials.