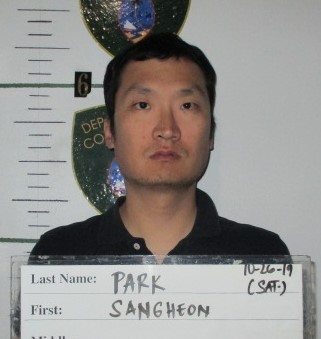 Guam police have charged 36-year-old Sangheon Park with intentionally leaving his four-year-old daughter inside a parked vehicle in the Kmart parking lot for an unknown amount of time. Responding officers noted that the vehicle’s hood was cold to the touch and all the windows were rolled up.

The woman who discovered the child told police that she had just finished shopping at about 10:40 in the evening on Friday, October 25, when she saw the child apparently sleeping in the car next to hers with no adult present.

The woman and Kmart employees attempted to wake the child by banging on the windows but the child was not responsive.

It wasn’t until about 20 minutes later that officers noted the car’s doors were unlocked remotely and Park approached the officers claiming to be the father of the child.

A check of the child was done and police say she appeared to be okay.

Park told the police that he was waiting for his wife’s flight to arrive at 2:00 a.m.

He was arrested on charges of leaving a child unattended in a motor vehicle.

This is the second child to be left in a vehicle unattended in less than two weeks.

GPD Spokesman Sgt Paul Tapao told PNC previously in an interview regarding hot box cases that GPD has seen an uptick in children being left unattended in motor vehicles noting that the uptick was seen involving tourists.